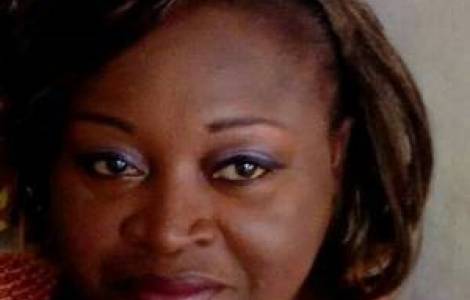 2020-07-27
Bishops in plenary assembly: health, social and political crisis at the center

2020-07-15
"Thanks for the good seeds that you have sown during your life": the Church remembers the late Prime Minister Coulibaly

Abidjan (Agenzia Fides) - Anne Marie Say Tanoh, icon of the sacred choral song in Ivory Coast and vocal guide of the Maitrise du diocèse de Yopougon (the choir of the diocese founded by the Bishop of that time, Mgr. Laurent Akran Mandjo) died on Monday 15 June and was buried on Saturday 11 July in the cemetery of Maféré (located in the south-east of the country, in the Sud-Comoé region, Aboisso department), her native village.
In the suffrage mass celebrated in the cathedral of Saint André in Yopougon, Fr. Donatien N'Guessaly Low, Vicar General of Yopougon, stressed that Anne Marie Say Tanoh's life was "a life program for God", having sung the message of Christ's resurrection.
The farewell to Anne Marie Say Tanoh was made in the presence of priests, friends and acquaintances, in strict compliance with the protective measures against Covid-19. For all, Anne Marie was a witness of Christ thanks to the praises of Christ sung by her in Ivory Coast and in the world. For her third son, Pierre Antoine Yao, "there is sadness, but at the same time, her determination in faith in Jesus is a sadness accompanied by joy".
She was a teacher, mother of 4, 55 years old, Anne Marie Say Tanoh was one of the celebrities of choral singing in Ivory Coast, and died after a short illness, after spending more than 30 years at the service of the choir of Yopougon . On September 10, 1990 in Yamoussoukro, during the inauguration of the basilica of Notre Dame de la Paix, in the presence of Saint John Paul II, she had impressed the then President of the Republic of Ivory Coast, Félix Houphouët Boigny with her voice.
She is remembered for having sung the Te Deum in 1995, in Grand Bassam, on the occasion of the first centenary of the Catholic Church in Ivory Coast, and her participation in the requiem mass of President Félix Houphouët-Boigny in 1993, in the Basilica of Notre-Dame of Peace. Anne Marie Say Tanoh released two albums: "Liberation", released in 1998, and "Maître, me voici je viens à toi", in 2000, a legacy that she leaves today to the entire group of soloists that she formed. (S.S.) (L.M.) (Agenzia Fides, 13/7/2020)