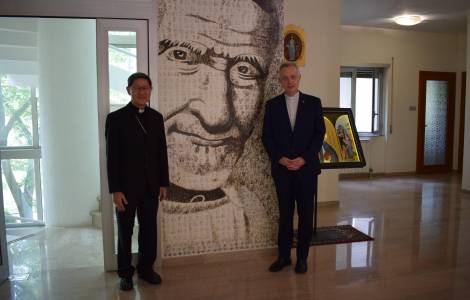 2020-10-19
After the Angelus, Pope Francis recalls the missionaries "who sow the Gospel in the great field of the world"

2020-10-19
India, Panama and Honduras recipients of aid from the PMS Fund for the Covid emergency

2020-10-17
Video message from Cardinal Tagle: "where the most vulnerable and needy are, there are also the missionaries"

Rome (Agenzia Fides) - To announce the Gospel today, the language best understood by humanity is that of charity, not of the great theological explanations. For this reason, the Vincentian religious have a particular role, that linked to charism: St. Vincent de 'Paoli and St. Luisa Di marillac (founder of the Daughters of Charity of St. Vincent de' Paoli), were "a powerful sign of this language". This is what Cardinal Luis Antonio Tagle, Prefect of the Congregation for the Evangelization of Peoples said, addressing the Vincentians, in a recent visit to the Congregation of the Mission. As Fides learns, accepting the invitation of the Superior General, Fr. Tomaž Mavrič, the Cardinal met the members of the General Curia in Rome on June 17.
Speaking with the religious, the Cardinal underlined three specific and important tasks still today: to be inspirers of charity towards other people; engage in a charity that "forms a community"; continue the service of promoting active charity in the formation of the clergy (thinking of the ministerial service as an act of charity).
Referring to the "new evangelization" the Prefect of Propaganda Fide remarked a sort of ambiguity of this expression (used for the first time by John Paul II), as in some it aroused enthusiasm, in others surprise, given that "evangelization is always new: if anything, it is up to us to rediscover its perennial novelty". "The current challenge, he said - lies in discerning how we can present the Gospel, which is always the same, in a changing world".
One aspect that emerged from the debate was that of an excessive intellectual, if not academic, emphasis on theological formation throughout the history of the Church, while the intellectual aspect should be only one aspect of a more integral formation. Even that of discipleship is an essential aspect: it must be rediscovered urgently if we want to prevent theological formation from falling into ideologisms, as has often happened, the Cardinal stressed.
The last question touched during the meeting was related to the care of the common home, with reference to the encyclical Laudato Sì. The Cardinal reported the words of Pope Francis, for whom the encyclical is not an ecological document, but a document of the social doctrine of the Church. There is still an inadequate interest in these matters, even among priests and bishops, while there are similarities with the campaigns of ecological movements, with which there is also a considerable difference: where Christians speak of "protection and safeguard of Creation" and of a work of God, for them it is simply a matter of "nature" or environment. (Agenzia Fides, 26/6/2020) 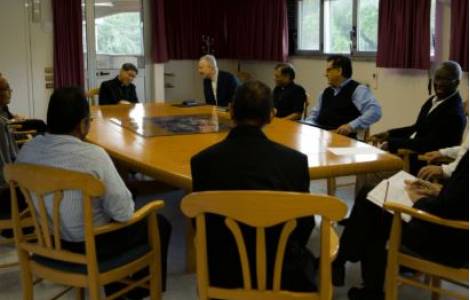 NEWS ANALYSIS - Challenges to the evangelizing mission in Africa, at the time of Covid-19

VATICAN - Archbishop Rugambwa: "The release of Father Maccalli, seed of peace and sign of hope for the mission of the Church"

VATICAN - Towards Mission Sunday: amidst the pandemic, mission continues