ASIA/SRI LANKA - The Catholic community is mobilizing for assistance to the poor and economic recovery, in the midst of the Covid-19 emergency 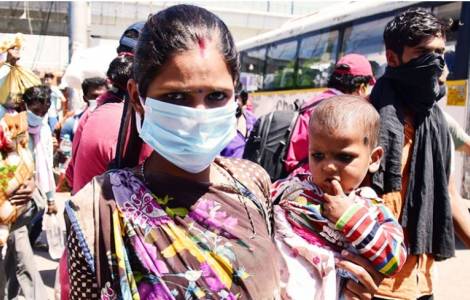 2020-09-30
Towards Mission Sunday: the pandemic is an opportunity to give God's mercy to those who suffer

Colombo (Agenzia Fides) - The Catholic community of Sri Lanka has mobilized for assistance to poor families and the most vulnerable people, affected by the socio-economic impact of the Covid-19 health emergency. As reported to Agenzia Fides, communities, dioceses, parishes, religious congregations and associations have organized themselves to provide food for poor families during the curfew imposed by the government. In addition, hygiene items, personal protective equipment is provided, and free medical care is offered especially for women, children and the elderly.
"We have stepped up the interventions in coordination with the dioceses", says to Agenzia Fides Father Mahendra Gunatilleke, national director of Caritas Sri Lanka. "In agreement with our partners, generous in committing funds in response to this crisis - explains the priest - our efforts go in two directions: helping the destitute with humanitarian aid; building and organizing activities that can serve to mitigate the social impact of the health crisis and preparing for a sustainable economic recovery".
The current crisis caused by the Covid-19 epidemic has led to serious socio-economic repercussions. While the Sri Lankan government is gradually lifting the tough restrictions imposed for nearly eight weeks in order to revive the economy, there is still no certainty as to when the disease outbreak will be brought under control.
The impact of the crisis in three districts in the western province, Colombo, Gampaha and Kalutara, was more serious: in this portion of territory there is the greatest concentration of the population in the country and the small and medium-sized industries that employ more than 50 % of the country's total workforce. In the nation, daily wage labor (small farmers, fishermen, or construction service activities, or small traders) is the hardest hit and many families do not have the possibility of sustenance.
Furthermore, due to the restriction of transport, it is difficult to transport agricultural products to markets and prices in urban areas remain high. The crisis has been a severe blow to farmers. Agriculture contributes to about 8% of the economy's GDP, but the workforce employed in this sector is about 28%. The current crisis has seriously affected those who lived thanks to income linked to agricultural activity. This has disrupted the livelihoods, supply chains and cash flow of the poorest families. Daily workers are unemployed while the vulnerability of poor women and children has increased.
In Sri Lanka, people aged 60 and over represent about 16% of the population, a segment of the population that appears to be more likely to suffer from serious diseases associated with the virus and experience higher mortality rates. The higher risk level of the elderly is compounded by their poor access to services and health care.
Among the effects of the crisis, Pushpa Ramyani De Soysa, nurse in charge of the nursing care service in the National Hospital of Colombo, expressed concern about the increase in domestic violence against women who are beaten up during curfew. The "Women in Need" (WIN) organization claims that between March 16 and April 1, 2020, it received numerous calls related to domestic violence while the National Child Protection Authority (NCPA) reported an increase in reports of child abuse. The challenge of living in confined spaces and other stresses increases the risk of parents and adults subjecting children to violence.
The Sri Lankan government has created two structures to deal with the current crisis. They are the "National Operations Center for Combat COVID-19" and the "Presidential Task Force for Economic Revival and Poverty Eradication". The executive has adopted measures to revive the economy and implement health, safety and food distribution, however, attention to vulnerable groups is not enough to protect them from the risk of starving. (SD-PA) (Agenzia Fides, 8/6/2020)