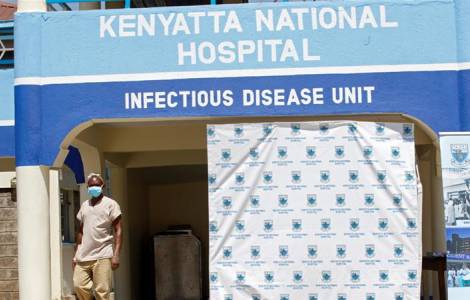 2020-06-22
"We are custodians of our brothers and sisters: Children’s right and black lives matter"

2020-06-16
Covid-19: "Need to protect the most vulnerable" says Chairman of the Commission for Refugees, Migrants, and Seafarers

Nairobi (Agenzia Fides) - 52 people have died in Kenya since the start of the Covid-19 pandemic. A beginning that overlapped with the first rains of a long and violent season: floods, landslides that have caused over 200 deaths and 230,000 displaced people. Critical situation also in Uganda and Somalia, where there were sudden floods along the valleys of the Juba and Shebelle rivers.
Hundreds of fishermen who lived on the islands in Lake Victoria, second in the world in terms of surface area, were evacuated with their families because the rising water levels were submerging them, thanks to the all-time record growth of 13.43 m.
In Mwewa, an agricultural production district, over 3,200 hectares of rice, now ready for harvest, have been lost: submerged in water. Last year, drought had caused the death of tens of thousands of cattle and the hunger of 3.5 million people. This year, in addition to extreme weather conditions, there was also an invasion of locusts, the worst in the last 70 years, and it is still unknown how the situation will evolve. Despite attempts to control with planes that spray insecticides on locusts, swarms do not stop: the pause in the last few days are due only to the laying of the eggs.
These are facts that can help explain why Covid-19 is not so scary in Kenya, says Renato Kizito Sesana from Nairobi, and, in general, in Africa. Here, the missionary continues, "disasters - natural or caused by ignorance and human greed - continue one after the other. Aggravated by the reckless, criminal exploitation of natural resources that international companies have accelerated in recent decades. Not to mention the exploitation of people. It is therefore no wonder that the death of 52 people in two months raises particular alarm, in fact, people, despite the curfew and many other restrictions, try to continue normal life, even by risking and bypassing government provisions". In this part of the world people learn to live, often to survive, day by day, having the immediacy of the moment as their only horizon. It is not fatalism, it is the ability to respond to the challenge of life given the conditions of the place. In fact, Renato Kizito continues: "if fatalism means abandoning oneself to destiny, I believe it is an alien attitude to the human soul in every part of the world and in every culture. Here in Africa in a particular way. One should be blind, or blinded by prejudice, in order not to see the great desire to commit oneself to life". I see it daily, the missionary continues "every morning at 5.01, as soon as the curfew ends, there are thousands of people who move to go to work, or to look for occasional work, to be able to feed their children". They cannot afford to think about the virus, there is something they are even more afraid of: the hunger of their children. (F.F.) (L.M.) (Agenzia Fides, 6/6/2020)

AFRICA/DR CONGO - Rains devastate the south-east of the DRC: Bishops’ appeal for solidarity