AFRICA/ANGOLA - PMS Solidarity Fund: "In this period people need the Word, but also bread to survive" 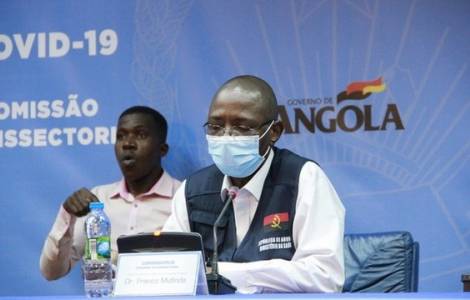 2020-06-16
A missionary: on the outskirts of Luanda the poorest are always the most generous

Luanda (Agenzia Fides) - "Angola registered two first cases of COVID-19 in March, and as a result, civil and religious authorities took appropriate measures to avoid the risk of community infection, since the registered cases were imported from Countries like Portugal, South Africa, Brazil and Cuba. To date, Angola has registered 83 cases of COVID-19", said Fr. Fausto de Carvalho Rosado, CMF, National Director of the Pontifical Mission Societies in Angola and Sao Tomé.
"The measures taken by the government in March include confinement of the population and the proclamation of a state of emergency; therefore meetings, gatherings, prayer and places of worship have been closed, only the minimum services work", says Fr. Rosado.
"In this period of pandemic, the mission in the Church of Angola is centered on prayer, awareness and support for the most disadvantaged", underlines Fr. Rosado. To this end, "groups have been created between children, adolescents, young people and adults, on social networks, in particular through WhatsApp and Facebook, which guide and promote moments of prayer, dialogue and sharing, together with parish priests, religious and other pastoral workers who offer moments of worship on these platforms. The Eucharistic celebrations on Sunday are broadcast on Angola's public television at 8 am".
"Another initiative, which has been promoted everywhere, is the awareness of Christians and non Christians for the respect of the guidelines of the Ministry of Health and religious authorities, with the distribution of flyers, brochures, banners and other means", continues the National Director of the PMS.
Fr. Rosado thanks the Holy Father for the creation of the Emergency Fund for the victims of COVID-19. "From the moment we received the guidelines and criteria for the fund, we have made the relevant information available to the Bishops of CEAST (Episcopal Conference of Angola and Sao Tomé), so that, in light of their particular realities, they can carry out their projects", he says.
"We have received and approved the request for support for the dioceses: from São Tomé, Caxito and Luena, which have strong needs caused by COVID-19. We hope that in the next few days other dioceses will be able to make their requests", says the PMS National Director. "Charity, services to the poorest and most disadvantaged are one of the ways of evangelizing in this period of confinement" Fr. Rosado underlines. "We have distributed, with the help of several employees and the scarce resources we have, food parcels for the most needy families in our communities".
"There are those who, in this period, need not only the Word, but also Bread to survive", concludes the PMS National Director. (L.M.) (Agenzia Fides, 3/6/2020)