ASIA/TAJIKISTAN - Drinking water and waste management: the Church operates in the spirit of Laudato Sì 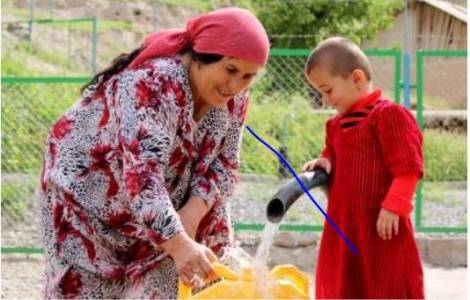 2020-05-25
Drinking water and waste management: the Church operates in the spirit of Laudato Sì

Dushanbe (Agenzia Fides) - "After four editions of the 'Wash' project in the Jomi district, our main partner, 'National KMK', a government company for the management of housing and public services, asked us to replicate the initiative in another district. In March, therefore, we did all the necesary paperwork to carry out the project in the area of Qubodiyon, south of the country, among the areas most affected by the civil war in the nineties. The district, already involved in environmental protection initiatives and improving the distribution of drinking water, needs support to strengthen the water network and waste management. We are currently in the process of signing the memorandum of understanding and organizing orientation meetings". This is what we read in a note sent to Agenzia Fides by the Church in Tajikistan, which illustrates the "Wash" project, promoted in harmony with the spirit and pastoral lines outlined by the Encyclical Laudato Sì, five years after its promulgation. The project, implemented concretely through the local Caritas, has among its objectives the supply of drinking water in areas that are still out of use and the protection of Creation, through the promotion of recycling and the creation of training courses on related issues.
Respect for the environment and the "culture of recycling", in fact, are topics that are not yet widely felt and widespread in the Central Asian country: there are, for example, people involved in metal collection operations but, due to the high transportation costs, collecting and dividing plastic, paper and other recyclable materials is considered a non convenient practice. The commitment of Caritas and the whole Catholic community in Tajikistan in this sector, therefore, generates in the local authorities and in the civilian population respect and appreciation for the Catholic Church as a whole, also because a fruitful partnership with civil institutions has been established.
The Catholic presence has been in Tajikistan since 1970. The first faithful were mostly Germans from Russia, Ukraine and Lithuania, deported to the country at the time of the Soviet Union. Due to the restrictions on religious freedom imposed by the communist regime, these first communities lived in a situation of isolation from the universal Church, until the establishment of the Missio sui iuris, which took place on September 29, 1997. The charitable actions, however, began in 1983 by small groups, which officially joined Caritas in 2004. Since then, the organization has consolidated projects aimed at social support for the most disadvantaged people. (LF) (Agenzia Fides, 25/5/2020)

ASIA/INDONESIA - The Church's commitment to education: a "Charity Run" for precarious teachers

AMERICA/BOLIVIA - Devastating drought for the communities of Tarvita