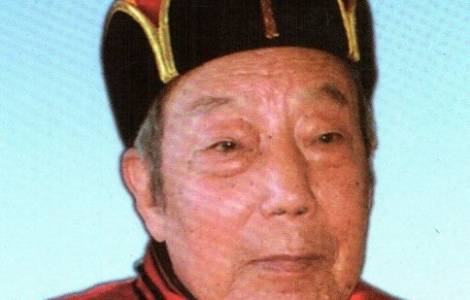 Vatican City (Agenzia Fides) - In the early afternoon of March 23, 2020, His Exc. Mgr. Joseph Ma Zhongmu, Bishop Emeritus of Yinchuan/Ningxia, not recognized by the government, died at the age of 101. He was the first, and so far the only Bishop of Mongolian ethnicity. His name in the native language was Tegusbeleg. Since 2005 he had retired to live in Inner Mongolia, precisely in the village of Chengchuan, where he was born on November 1, 1919 and where he served as parish priest.
Due to the distance from urban centers, Mgr. Joseph Ma Zhongmu began his primary education only in 1931. From 1935 to 1947 he studied in the minor Seminary of Sanshenggong, then went to that of Hohhot and finally that of Datong. He was ordained a priest on July 31, 1947 by His Exc. Mgr. Carlo Van Melchebeke, CICM. After a few years of studies at Fu Ren University, which was at the time in Beijing, he carried out his pastoral ministry in the parishes of Zhongwei and Genchou. Since 1956 he also taught at Hohhot Seminary for two years.
In 1958, after refusing to join the Patriotic Association, he was sentenced to forced labor. Ten years later he was released, but forced to work as a laborer in his village, in a water management plant. In April 1979 he was rehabilitated and was able to resume his priestly ministry. On November 8, 1983 he was consecrated Bishop by His Exc. Mgr. Casimiro Wang Milu, for the pastoral care of the Mongolian ethnic faithful of Yinchuan/Ningxia.
During the years of his episcopal ministry, Mgr. Joseph Ma Zhongmu was appreciated and loved by the faithful of the Mongolian community, for whom he wrote a catechism and other doctrine texts in their own language. In 2004 the Congregation for the Evangelization of Peoples sent him a pectoral cross as a sign of recognition and communion. In 2005 he resigned from the pastoral governance and, with the help of some faithful, and dedicated himself to translating the New Testament and the Roman Missal into Mongolian.
The funeral Mass of Mgr. Joseph Ma Zhongmu was celebrated on March 27 in the village where he resided, in the presence of His Exc. Mgr. Paul Meng Qinglu, Bishop of Hohhot, and two other priests. The presence of other priests and faithful was not allowed, also due to the risk of coronavirus infection. (Agenzia Fides, 23/5/2020)