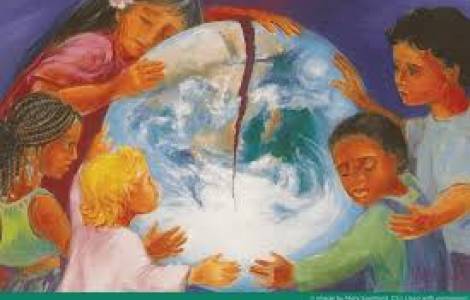 2021-08-26
Attacks in the Sahel are increasing: the bishops of Niger and Burkina Faso express concern

2021-06-25
"We must save children from violence and moral depravity": alarm in West Africa

2021-05-07
Covid-19: "Africa's access to vaccines is one of the crucial points to contain the pandemic" recalls CUAMM

2021-04-28
The African Church in aid of migrants: a work of integration, development and formation

Kara (Agenzia Fides) - "To the missionary archetypes essential for missionary activity in the 20th century, that exhort the search for justice, liberation, inculturation, contextualization, the theme of the care of Creation is added as an important part of the missionary activity of the Church in the 21st century". This is what Fr. Donald Zagore, theologian of the Society for African Missions writes to Agenzia Fides, at the end of the Laudato Sì Week, announced by Pope Francis on the fifth anniversary of his Encyclical on the care of the common home. The initiative will end tomorrow, May 24 with a world day of prayer.
"It is impossible to think about the missionary activity of the Church outside the ecological sphere - continues Zagore. The focus of this missionary orientation aims to make people aware that the commitment for the poor and marginalized, the cornerstone of missionary action in recent years, under the aegis of Vox victimarum vox Dei, should not be done without a decisive and prophetic commitment to the earth, which is today the poorest of the poorest, the most marginalized among the marginalized".
"The principle of mission as a commitment to the protection of Creation is fundamentally to transmit above all our political, economic, cultural, social, ecclesial dynamics, the cry of the earth, our common home, which is a cry of suffering and agony. In this missionary dynamic, - highlights the Ivorian theologian - we should avoid what has been the temptation of all times, which would only present the salvation of the earth as a prism of an authentic ecological conversion of man".
In the note sent to Fides, the missionary states that "if the ecological conversion of man is necessary to materialize this challenge, it is not exclusive, because no man can bring true salvation. Exclusive salvation comes from the risen Christ. Salvation in Christ is certainly a salvation embodied in the context of today's human reality, but which always moves towards a world of fullness. In this missionary dynamic, we must always maintain the link between commitment in secular structures and Christian eschatology to avoid having a missionary action that is completely eradicated and reduced to a simple human project of socio-ecological transformation".
Zagore concludes with conviction that "one of the important contributions of Pope Francis' pontificate to the life of the Church is that of making the theme of caring for the common home one of the important paradigms for the missionary activity of the Church today". (DZ/AP) (Agenzia Fides, 23/5/2020)