AFRICA/ANGOLA - Life after Covid-19 will never be the same: hunger and poverty are on the rise 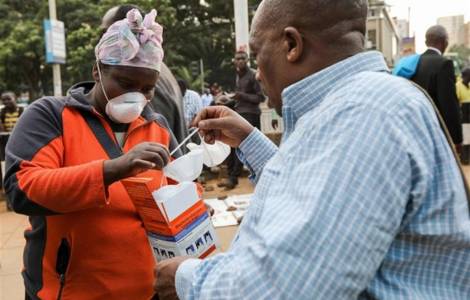 2019-07-15
Missionary from the bottom of his heart: 10 months since the abduction of Father Maccalli

2019-03-20
Appointment of the Bishop of Menongue, Leopoldo Ndakalako

Luanda (Agenzia Fides) - The first cases of coronavirus in the country were registered by the authorities in late March. A few weeks later, the government decreed a state of emergency, but "during the crisis, the constant presence of the Catholic Church alongside the population has been seen": this is what Angolan professor and sociologist José Ventura writes to Agenzia Fides. "With the state of emergency, Angolans entered isolation in order to mitigate the pandemic. Schools, churches, universities, public administration, private companies have been closed".
In the note sent to Fides, Professor Ventura underlines that "the Catholic Church is the largest religious denomination in the country and through the media, mainly through Radio Ecclesia, Radio Maria, diocesan broadcasters and state television has intensified its presence by broadcasting Sunday mass. Parishes remained close to people through social networks, a reality not very present before Covid-19. In some communities, for example, parish priests created profiles on Facebook, the most used social network in the country, of their parishes to remain more present in the life of the faithful".
Referring to the situation of social and economic life, the Angolan sociologist notes that "life in Angola has become more expensive from an economic point of view. The limits imposed by the state of emergency have weakened the informal market, absorbing a large part of the country's workforce. Since most citizens depend on the informal sector, poverty has increased and with it the difficulties of citizens. The situation tends to worsen due to the drop in oil prices, putting the country in a situation of rampant economic recession, which has lasted since 2014 and which aggravates the lives of populations. Day after day many families lose their purchasing power. Due to the extreme poverty situation, there are cases of death from hunger. Furthermore, adds the Angolan journalist - in Angola, the national health system is very fragile, even today many people die from malaria".
Ventura continues: "To mitigate the social situation caused by the pandemic, the government has implemented social assistance policies with free distribution of drinking water, non-perishable food, hygiene products. In the opinion of social experts, these government measures do not resolve the poverty situation in Angola. The Angolan executive is expected to review its public policies, linked to the emancipation of families, since the economic diversification plan announced in 2014 has not given good results. However, local authorities hope to return to normal life in the country soon, with the restoration of services, institutions and economy. One thing is certain, life after Covid-19 will never be the same again", concludes Professor Ventura. (JV/AP) (Agenzia Fides, 20/5/2020)

AFRICA - Africa Day: a hard-working, fair and stable Africa is reborn from the Covid-19 crisis