ASIA/INDONESIA - A "Non-migratory" Ramadan due to coronavirus: travelling and pilgrimages prohibited 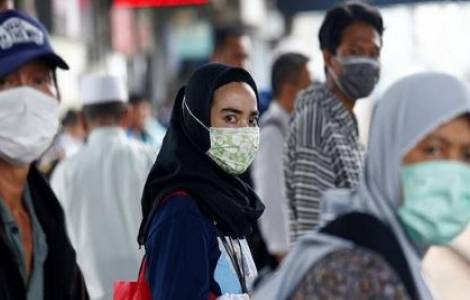 Jakarta (Agenzia Fides) - For the holy month of "Ramadan", which began on the evening of April 23 and culminates on May 23 on the feast of Id-ul-Fitr, Indonesian President Joko Widodo, called "Jokowi", officially issued the prohibition of "mudik", an Indonesian term that indicates the transfer of thousands of families and individuals to their villages of origin. The holy month of Islamic fasting, which involves the majority of citizens in Indonesia, will not see the usual trips and pilgrimages, but will have a rather domestic and permanent dimension.
The President's decision aims to prevent, in a nation hosting 230 million Muslims (about 90% out of a population of 260 million inhabitants), at least thirty million Indonesians travelling across the country, in order to curb the spread of Covid-19, which has already registered over 7,400 cases and caused 630 victims in Indonesia. The government had previously issued a "travel ban" related only to employees of public bodies and state-owned enterprises, while Indonesian Muslims had been advised against (but not prohibited) from traveling. The absolute ban comes into force today Friday 24 April and penalties will be applied starting from 7 May.
The decree regards, even more so, the "Greater Jakarta", the epicenter of the coronavirus epidemic and considered one of the largest metropolitan areas on the planet with over 30 million inhabitants: police officers have closed the roads leading inand out of the capital, authorizing only the transportation of food, medical equipment and fuel.
Jokowi's move is based on a precedent: in late February, the Islamic Orthodox movement "Tablighi Jama'at" had favored the spread of Covid-19 in Malaysia in a 4-day religious meeting in Kuala Lumpur, gathering over 15 thousand participants. The association then repeated the same conference in Sulawesi, Indonesia, contributing to the spread of the virus in the Indonesian archipelago.
In the country, Christian churches have also changed, on the occasion of Easter and all other liturgical celebrations, their mode of worship, due to the Covid-19 pandemic. In fact, given the growing contagion, the government asked all religious communities, including the 23 million Christians of the archipelago, to cancel gatherings and prayer assemblies, celebrating the liturgy at home, connecting with the faithful through mass media . (MG-PA) (Agenzia Fides, 24/4/2020)

AFRICA/EGYPT - Lockdown due to Covid-19, Coptic Patriarch Tawadros authorizes the celebration of weddings