AFRICA/BURUNDI - The Xaverians: "The Church is close to her children in the work of reconciliation in the Country" 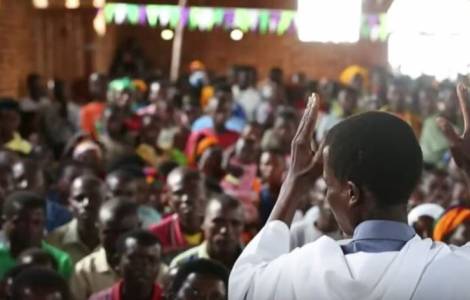 2020-05-27
Elections: "Voting took place in a peaceful manner, but we have found several irregularities", say the Bishops

2020-03-07
The Xaverians: "The Church is close to her children in the work of reconciliation in the Country"

Bujumbura (Agenzia Fides) - "Burundi has lived for years in an atmosphere of fear and uncertainty but, despite these difficulties, the Church continues her mission, promoting and announcing the Gospel, denouncing violence and inviting the population to peace and respect for human rights". This is what Leonidas Nayuburundi, a Xaverian missionary of Burundian origins reports to Fides, speaking of the profound political, institutional and social crisis that afflicts the African country.
When in 2015 President Pierre Nkurunziza obtained a third term in violation of the old constitutional charter and the Arusha peace accords of 2000, a situation arose that not only provoked clashes, unrest and social violence, but also had strong repercussions on the economy. According to available government data, in fact, annual economic growth in the Central African state went from an average of 4.2% between 2004 and 2014, to a decrease of 3,9% in 2015; and then suffered a sharp drop in percentage, equal to 0.6% in 2019.
The entire Burundian society pays the consequences of this unfavorable situation: farmers accuse the drastic drop in domestic demand of their products, civil servants suffer a decrease in the purchasing power of their wages, while all commercial activities register fewer and fewer customers. This situation in recent years has forced over 400,000 people to take refuge in neighboring countries, in the Democratic Republic of the Congo, in Rwanda and especially Tanzania, where they have been welcomed in camps often lacking adequate conditions of security and humanitarian assistance.
Presidential and legislative elections in Burundi are scheduled for May 2020 in an atmosphere of instability which raises concerns. The situation, in fact, was made even more difficult by the overwhelming 'yes' victory in the constitutional referendum that took place two years ago, on 17 May 2018 and whose outcome, which sanctioned the duration of the presidential term from 5 to 7 years and the elimination of the limit of two consecutive mandates for the head of state, was severely contested by the opposition that raised allegations of fraud.
The Episcopal Conference of Burundi has debated at length on the current socio-political situation in relation to the presidential elections, in particular trying to discern what the Church's contribution should be in the light of its mission: "The Bishops - reports Fr. Leonidas - recalled that the vote is the only way to obtain alternation in power and in case of conflict, dialogue is the privileged way to resolve it and has therefore sent the whole population to act as "apostles of peace".
The religious underlines how the commitment of the Xaverian missionaries continues and deepens in favor of the peace process: "We - the missionary points out - continue to operate in the heart of the capital, in Bujumbura, where our community of vocational missionary formation and animation is based, where young students are passionate about philosophy and open up to meeting each other and discover the missionary vocation".
The Xaverians are also present with a training center for young people on the outskirts of the capital: "In recent times - reports the priest - we have promoted a great initiative: special work camps for peace and reconstruction that has allowed us to help families to return to the neighborhoods located north of the city, rebuilding their home. 300 have already been rebuilt, but there are still more than 4,000 to be rebuilt. Today concludes Father Nayuburundi - we want to raise awareness among young Burundians so that they can contribute to a renewed life in the country, inspired by Christian values". (ES) (Agenzia Fides, 7/3/2020)