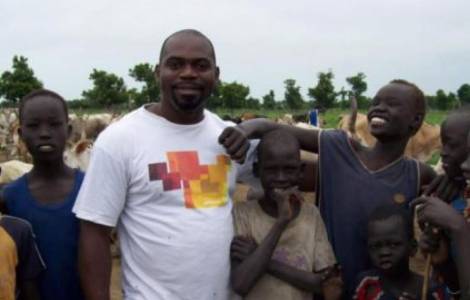 Rome (Agenzia Fides) - "We have taken note that in the epochal change we are experiencing, mission is called to take on a new paradigm to continue its mandate in a reality that presents strong discontinuities with the past. An important aspect of this new paradigm is offered by the approach that can be defined as "ministerial" - using a term with an ecclesial meaning". This is what was reported to Agenzia Fides by Brother Alberto Parise, a Comboni missionary. The contribution of the Comboni brothers (consecrated to the mission, but not priests) in the history of the institute has changed with the evolution of the mission over the past 150 years.
At the time of Comboni, the "brothers" were as numerous as the priests and played a pioneering role in the foundation of the mission stations: they were the so-called "mission craftsmen". Today their work is appreciated in the so-called "ministerial teams", made up of different missionaries, with specific skills and personal gifts, who collaborate in fraternity, in the pastoral and social work. These, says brother Alberto, are authentic "brotherhoods of missionary disciples", in the local Churches, who cooperate with civil society for a social transformation inspired by Kingdom values.
In this sense, speaking of the journey of regeneration started by the Comboni Family in the last General Chapter of 2015, Brother Parise says: "The teaching of Pope Francis insists on the vision of a ministerial Church, that is, fraternal, synodal, collaborative and that testifies the joy of the Gospel with the announcement, with lifestyle and with the service", explains Brother Parise. With this renewed vision - he continues - for the year 2020 we wish to propose a reflection on the theme of 'ministeriality', with an approach that starts from experience, its transformative potential and its critical issues, to discern renewed courses of action". But what does a ministerial approach to mission require? "By ministeriality - the religious explains - we mean the missionary responsibility of all the baptized, without exception, to bring out the Kingdom of love and justice established by the person and by the event of Jesus Christ among us. Even Daniele Comboni, our founder, did not simply propose an organizational strategy but a way of being a mature Church, which lives, announces and witnesses the Gospel".
The "ministerial experiences" are more concrete in border situations or towards marginalized human groups: "For example, in the urban suburbs or in the large slums in Africa - the missionary reports - or among the populations of semi-nomadic shepherds in Central Asia, where our fathers and sisters work in collaboration with the laity in the same pastoral project". "We feel called to redevelop our presence as a community - underlines brother Alberto - in line with the priorities that we have identified in each continent, developing specific or sectoral pastoral care in those areas and doing it with a synodal approach, participated and included in the local church and civil society".
Among the other initiatives planned for this year of study, there is also a Forum on social ministeriality, which will take place in Rome from 18 to 22 July 2020: "This special event - reports Brother Parise - is part of a broader path that we are following as a Comboni Family, which also provides a mapping of all the experiences of social ministry of the Comboni Family. The goal - he concludes - is to develop a shared vision and language, network and build movements of evangelical transformation of social reality". (ES) (Agenzia Fides, 22/2/2020)

AMERICA/PERU - Bishops: offer sympathy towards those who do not work, in order to face this hard moment as a family

EUROPE/ITALY - Scalabrinian social campaign for the redemption of migrant women

EUROPE/ITALY - Scalabrinians: one out of three migrants is a child, a sign that the international crisis is becoming stronger and stronger