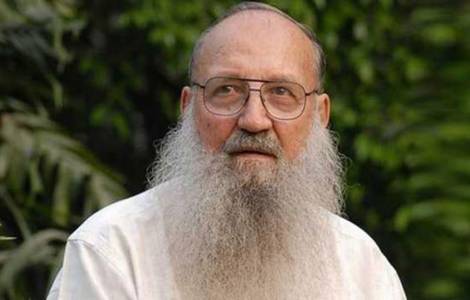 2020-03-27
Cardinal D'Rozario: "Let us collaborate with the government to overcome the coronavirus pandemic"

2020-03-17
Prayer and awareness on the coronavirus, while the nation celebrates the "Father of the fatherland"

2020-01-16
Formation and interreligious dialogue: the priorities of the diocese of Khulna

Dhaka (Agenzia Fides) - "Father Marino Rigon did an immense job for the people of Bangladesh. We wanted to do something concrete to honor his memory by making a film about his life. This initiative will be useful to present and disseminate the contribution of the great missionary to a worldwide audience": this is what Hamento Sadik, a young Bangladeshi director tells Agenzia Fides committed to shooting a film on Italian Xaverian missionary Marino Rigon (1925-2017), who lived 60 years on a mission in Bangladesh.
The film titled "The Father: An Untold Story" will be an Italian-Bangladeshi joint production. More than 200 artists, from Italy, New Zealand, Brazil, England have attended the auditions for the film. The filming will begin in Venice and Vicenza (where the missionary was born), in Italy, and then in Khulna, Mongla, and Jessore, in Bangladesh. Sadik works side by side with Italian director Rocco Cosentino, the executive producer for the Italian portion of the film. "We have already had an official meeting with Father Rigon's family. They are giving all kinds of support. We are very grateful to them", says Sadik.
Fr. Rigon is loved in Bangladesh for his outstanding contribution to education, socio-economic development, culture and literature, but also to the struggle for the independence of Bangladesh.
Hamento Sadik recalls that already in 1957, three years after his arrival in Bangladesh, he founded St. Paul's High School in Shelabunia, a place that Sadik visited and where scenes of the film will be shot. The film will also enhance the missionary's help for the professional training and empowerment of women, and his humanitarian contribution during the 1971 war of independence: transforming his mission into a "field hospital" he treated the wounded fighters, who fought on both sides. Rigon is considered a true "hero" in Bangladesh.
Sadik reports: "I thought we would have few actors for the auditions and for casting of Italian characters in the film; we have already had more than 200".
Catholics in Bangladesh are very happy with the initiative of the film on Father Rigon. "We are very happy that a film is being produced, among other things with a Muslim Bangladeshi director. His figure helps and gives an excellent image of Christians in Bangladesh", said to Fides Milon Gomes, a Catholic from Dhaka.
Fr. Rigon was born in Villaverla, Vicenza, Italy in 1925. He moved to Bangladesh in 1953. He lived in Bangladesh as a missionary for sixty years to preach the Gospel and established good relationships with people of other faiths. The missionary was passionate about Bangladese literature: he learned the Bengali language and began to translate local literary works into Italian, such as those of the well-known poet Rabindranath Tagore, whom he introduced in Italy. He also translated a number of other literary works, including 350 songs by the mystic poet Lalon Fakir and Jasim Uddin, into Italian. Many of his books were later re-translated to French, Spanish and Portuguese. In 2009, he was conferred honorary citizenship of Bangladesh by Prime Minister Sheikh Hasina "for his tireless and exemplary contributions to society".
At the age of 92, Father Rigon died of old age complications in Vicenza, Italy, on October 19, 2017. As per his dying wish, his body was brought back to Bangladesh and buried in Shelabunia, Mongla. (FC-PA) (Agenzia Fides, 20/2/2020) 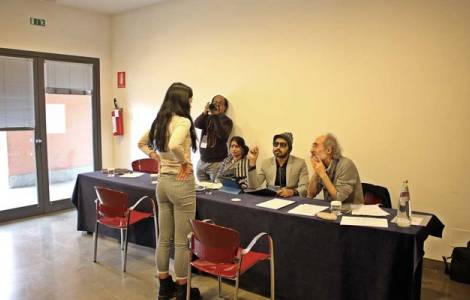 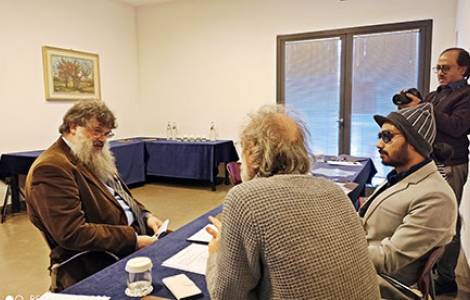 EUROPE/ITALY - "Today you are Don Orione, no longer with the cassock, but with your white coat"

EUROPE/ITALY - 14 Xaverian Missionaries have died in a month

AFRICA/CENTRAL AFRICA - A missionary: "Let's challenge the virus with prayer, charity and hope"