VATICAN - The commitment of Churches and missionaries against "human traffickers", in the name of Santa Marta 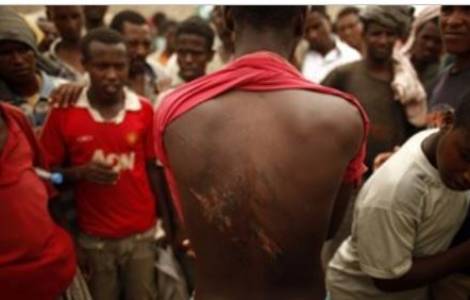 Vatican City (Agenzia Fides) - Missionaries and consecrated persons are at the forefront: the phenomenon of human trafficking, with its tragic and ruinous impact on often poor and destitute communities, at all latitudes, sees the commitment of Churches in Asia, Africa, America and Oceania that help save victims and exploited people and denounce injustices, criminals, traffickers and help build more just and fraternal societies.
In Africa, the various Bishops' Conferences are invited to create a special office that deals with human trafficking, as recommended by the second African Santa Marta regional conference held in Nairobi last fall. The "Santa Marta" group is a global alliance of police chiefs, Bishops and religious communities who work, in collaboration with civil society, in the fight against human trafficking, which Pope Francis well defined as "a crime against humanity". The group recommended the various Bishops' Conferences to work together with the police authorities, the judiciary, the immigration department and the police forces in order to tackle the sad phenomenon of human trafficking. Philip Anyolo, Archbishop of Kisumu and President of the Conference of Catholic Bishops of Kenya, hopes for "the creation of effective partnerships and collaborations with the aim of cutting the umbilical cord of human trafficking and slavery today". "It should be remembered - said Cardinal Vincent Gerard Nichols, Archbishop of Westminster, President of the Santa Mart group - that human trafficking is an extremely profitable criminal activity and those who carry it out have no limits both in their desire for profit and in their insensitive indifference to people's dignity. They must be stopped and the victims saved, loved and supported".
In South Asia the phenomenon is quite alarming. As reported to Fides, in Bangladesh the presence of criminal organizations has been ascertained that hire local traffickers to look for young women, often in tribal communities and kidnap them from their families even with the deception or prospect of a prosperous and happy life abroad.
The testimony of Ranjita Das, a 28-year-old Catholic, proves this alarming phenomenon: she was returning home from school with her three-year-old daughter. Two women with their burqa stopped her and told her that she would most probably receive a government-funded house-building plan. They offered her some food, but the woman lost consciousness: on waking up she found herself in an unknown place, inside a locked room controlled by the Muslim Athur Rahman Hasan. In the past, the man had often presented himself to the village, falsely declaring himself as a member of the local government willing to help families in need. Bangladesh - says a message from the local Church sent to Agenzia Fides - is one of the areas of Asia where the phenomenon of human trafficking is strong. According to official figures, about 50,000 Bangladeshi girls are kidnapped and brought to India or pass through India every year. Police reports say gangs of human traffickers in Libya and Iran kidnap Bangladeshi women looking for work abroad and hold them hostage. Above all, poor and needy people become victims of human trafficking.
"Human trafficking is a crime against humanity. We must combine our efforts to stop this crime, which has become increasingly aggressive, and threatens not only individuals, but the founding values of society", said to Agenzia Fides Kim Rattana, Executive Director of Caritas Cambodia and representative of the anti-trafficking task force of the Mekong sub-region. "Our mission is to work for the elimination of human trafficking, the promotion of human dignity, global solidarity and the empowerment of people in the Greater Mekong region", he says, noting that "the phenomenon is increasingly complex". "There is an urgent need to raise public awareness of trafficking issues through exhibitions, video sharing, conferences, interreligious prayers, marches, web messages", hopes Rattana, who brought the topic at the center of the "National inter-confessional forum of Cambodia", which includes members of the national government and religious organizations. Public and private bodies, lay organizations and various religious communities in the Southeast Asian nation have committed themselves to fighting trafficking and ending "modern slavery", said Chou Bun Eng, vice president of the National Commission for the fight against human trafficking. In recent years, a common effort and a path of interreligious dialogue to combat trafficking has been promoted. Cambodia, Caritas recalls, is a transit and destination country for men, women and children subjected to forced labor and sex trafficking. Cambodian adults and children migrate to other countries in the region and to the Middle East for work; many are subjected to forced labor or end up in slavery in activities related to agriculture, construction, industry and domestic servitude.
"Illegal activities such as human trafficking operations on foreigners are becoming dramatically normal", say in a joint message sent to Fides, Caritas and the "Justice and Peace" Commission of the Bishops' Conference of Papua New Guinea and Solomon Islands, in Oceania. The Church has declared her intent to collaborate with the police forces already involved in this sector, inviting to adequately study the phenomenon through a multidisciplinary approach, to understand the problem, the causes, the processes and the criminal groups involved. Human trafficking in Papua New Guinea is a very complex problem: according to a recent report published by the local newspaper "Post Courier", several foreign multinationals carry out activities not foreseen in their licenses and even contrary to the laws of Papua. The local Church calls for greater cooperation, defense and awareness raising on human trafficking. (PA) (Agenzia Fides, 8/2/2020)