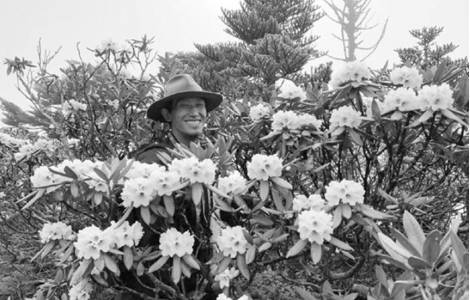 Di Qing (Agenzia Fides) - Everyone remembers him as a holy man and as an ardent missionary: on the night of January 17, the feast of St Anthony Abate, a hermit, a man of solitary life and prayer, Fr. Joseph Ma Zha Xi, who led his life inspired by the saint, in daily prayer, died at the age of 39. Fr. Joseph lived in a solitary way (where he lived and worked in a remote area), in poverty (the only "luxury" was a motorbike that helped him to cross the mountain) and in constant prayer. Young priest of Tibetan Chinese ethnicity, dedicated his whole life to the evangelization of the Tibetan Autonomous Prefecture of Di Qing in the southwest province of Yun Nan.
His life was a radical testimony and a mission of Christ in the immense area of the territory of that Prefecture. A violent liver cancer ended his young life. As the faithful who knew him say, "Fr. Joseph is one who can afford to say the words of the apostle Paul with pride: I have fought a good fight, I have finished my course, I have kept the faith".
According to Fr. Peter Zhao vicar of the Archdiocese of Beijing, "the priest worked hard for evangelization, integrating and living in contact with the people of the mountains, always keeping the Lord, the Gospel, the Church and faithful in his heart. He was a true model for today's Chinese priests". Now on the websites, social networks, Chinese Catholic blogs, there are photos and the story of this young Tibetan priest, who traveled with his motorcycle on muddy and impervious roads only for pastoral and evangelical service.
Fr. Joseph Ma Zha Xi was born on February 27, 1981, he entered the minor seminary of the diocese of Kun Ming, the provincial capital in 2006. He was transferred to the southwest regional major seminary in Si Chuan in 2008, he graduated in theology in 2014 and was ordained a priest in June 2016. Immediately after ordination, he began his pastoral service in the Tibetan area of Yun Nan. The parish where he worked is composed of exclusively Tibetan parishioners.
When the bells rang, on Sunday, to announce the beginning of the Holy Mass, all the faithful of the village gathered together around their zealous and nice young parish priest to give glory to the Lord. He took care of the communities of the faithful, he rode his motorbike and crossed the mountain paths every day, covering many kilometers, visiting the sick, bringing the Eucharist. The faithful of his community say: "He was a man of God and a true missionary, always ready with a smile to spread the seed of the Gospel". (NZ) (Agenzia Fides, 25/1/2020)

ASIA - Social media for Evangelization: announcement in the modern Areopagus