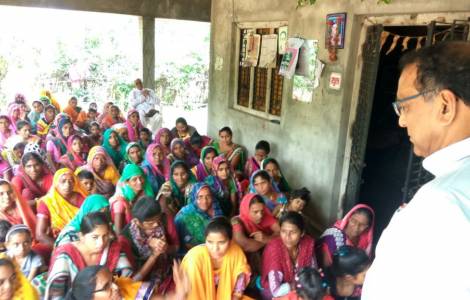 2020-04-20
"Divine mercy" Sunday spent for the poorest, blocked by the coronavirus emergency

New Delhi (Agenzia Fides) - The Supreme Court of India will examine the appeal filed which calls for equal treatment and opportunities for Christian Dalits in Indian legislation, considered "discriminatory with respect to religion". The appeal challenges paragraph three of the 1950 Constitutional Order which excludes dalits from "Scheduled castes" status, cutting them out, only because of their religion, from measures that promote education and economic, social and cultural development. The appeal, presented by the National Council of Dalit Christians (NCDC), asks the Supreme Court that the quotas reserved for Dalits be made "neutral with respect to religion".
About 14 Christian groups, including the Catholic Bishops' Conference of India, supported the appeal, presenting a petition to the Court asking to include Christian Dalits in the measures reserved for Dalits of other faiths, for access to employment in the government and education. The Supreme Court agreed to examine the reasons behind the appeal.
Dalits are members of the lower social group of the ancient Hindu caste system. The 1950 Order guarantees them some rights and "reserved quotas" in the world of work and education, to allow them to have a better standard of living. So far these rights have been granted to Hindus, Sikhs and Buddhists, but denied to Christians and Muslims.
According to the appeal, "the third paragraph of the 1950 Constitutional Order violates the fundamental right to equality, religious freedom and non-discrimination". The NCDC states that "religious conversion does not change social exclusion. The caste hierarchy continues to remain strong even for Christian Dalits". The text of the appeal, sent to Fides, observes: "It is necessary to extend the status of Caste recognized to Christian Dalits, offering them scholarships, job opportunities, welfare measures, the possibility of being elected to the 'panchayat' (the Village Councils), in state-level legislative assemblies, up to Parliament and to take advantage of the legal protection guaranteed by the Casted Scheded and Scheduled Tribes (Prevention) of Atrocities Act, of 1989 amended in the year 2018 ".
"For decades, we have been promoting equality of rights for Dalit Christians at different levels, and now we hope that this battle will have a positive outcome", Raj Kumar, a Dalit rights activist, told Fides.
There are about 20 million Dalit Christians and they represent 75% of the total Christian population of India.
In the entire nation of India about 16.6% of the total population is made up of Dalits, of various religious faiths. (SD) (Agenzia Fides, 10/1/2019)

ASIA/PAKISTAN - Cardinal Coutts: "We serve people without any discrimination, in the time of Covid-19"

ASIA/PAKISTAN - Ecological operators, almost all non-Muslims, at high risk of contagion for coronavirus