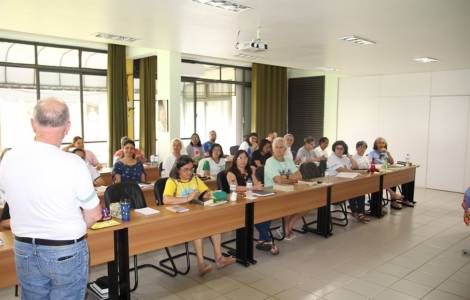 2020-03-28
Appeal by Alianza Interreligiosa: Responsibility and solidarity in the face of the pandemic

2020-03-24
Tourism operators, among the sectors most affected by the coronavirus

2020-03-18
Bishops and ecclesial movements: together to evangelize families

2020-02-29
Servants of Maria Riparatrici: "For a hundred years in the Amazon at the service of God and humanity"

Brasilia (Agenzia Fides) - There were about thirty participants, among religious, priests, seminarians and lay people, in the Ad gentes course that ended yesterday, addressed to the missionaries who are preparing to go on a mission "beyond the borders". The course, which started on November 10th, was promoted by the Missionary Cultural Center (CCM) of the National Bishops Conference of Brazil (CNBB), in collaboration with the Conference of Religious of Brazil (CRB) and the Bishops’ Commission for missionary action and inter-ecclesial cooperation. Its purpose was to provide a specific missionary formation for those who will go on missions to other nations.
According to information sent to Fides, the participants came from the Brazilian states of Amazonas, Tocantins, Maranhão, Ceará, Pernambuco, Bahia, Goiás, Feral District, Minas Gerais, Rio de Janeiro, Sao Paulo, Paraná Santa Catarina and Rio Grande do Sul .
The CCM executive secretary, Father Jaime Luiz Gusberti, stresses the need for specific preparation before going on a mission: "You cannot go as an adventurer, you must prepare yourself, know what you will find. The course also offers some important elements of theology and spirituality". The course program includes in-depth studies on the human-affective, anthropological, biblical, historical, theological, socio-environmental and geographical dimension, as well as ecclesial, pedagogical, practical and spiritual of the mission.
Participants in the Ad Gentes course prepared to be sent on mission to Tanzania, Peru, Mozambique, the United States, Bolivia, Belgium, Angola, Haiti, France and Guatemala. (S.L.) (Agenzia Fides, 7/12/2019)

EUROPE/SPAIN - Missionaries multiply their efforts, but hunger will be more deadly than Covid 19