AMERICA/HONDURAS - "We must continue to fight corruption", said Mgr. Garachana Pérez, supporting the renewal of MACCIH 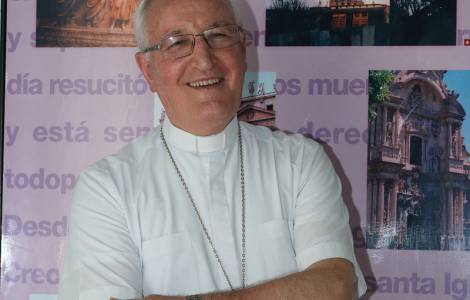 San Pedro Sula (Agenzia Fides) - A few days after the expiry of the "MACCIH" agreement (Misión de Apoyo Contra la Corrupción and Impunidad en Honduras), signed between the government of Honduras and the Organization of American States (OSA), the national media gave voice to the public opinion through various representatives of society, including Mgr. Angel Garachana Pérez, CMF, Bishop of the Diocese of San Pedro Sula.
Mgr. Garachana Pérez, who is also President of the Episcopal Conference of Honduras, told reporters that little has been done in the fight against corruption and that it is necessary to continue being supported by MACCIH: "We have not reached a level that we can do without MACCIH. Although there are government voices stating that we do not need them, the facts say the opposite. We must continue to fight corruption because here is the solution to many problems, such as the poverty of our people".
The President of the Episcopal Conference pointed out that those who occupy important positions in the country should do so in a responsible way, thinking of those who are most in need and not of protecting their own interests: "We need a very profound change of attitude, particularly of the heart, so it can be expressed in the development for all". Deputies were called - above all - to live in transparency and truth. "Those who use public money must be open to control, the people have the right to know how the money is used which is the result of the citizens' contribution", he added.
According to information gathered by Fides, representatives of the United States of America have publicly affirmed the importance of the continuity of MACCIH. "It is vital that the Honduran government approves the renewal of the MACCIH mandate before next month's deadline", Hugo Rodriguez, Deputy Assistant Director for Central America's Washington State Department, told the press. MACCIH was created on January 19, 2016 for a period of four years, with the possibility of extension, it supported the Honduran Prosecutor in presenting several cases of corruption before the courts.
Corruption and drug trafficking have reached very high levels in Honduras. The Catholic Church was one of the few institutions that reported and denounced situations of injustice, especially the terrible situation of prisoners and migrants. Mgr. Angel Garachana Péerez, of the Missionary Sons of the Immaculate Heart of Mary, Spanish by birth, has already celebrated 75 years. Since 11 November 1994 he has been Bishop of the Diocese of San Pedro Sula. The Catholic community of Honduras has recognized in him one of the Pastors most involved in serving the poor, in the formation of Honduran priests and lay people in many communities in the country, as well as in social pastoral care within the framework of the Episcopal Conference. (CE) (Agenzia Fides, 5/12/2019)