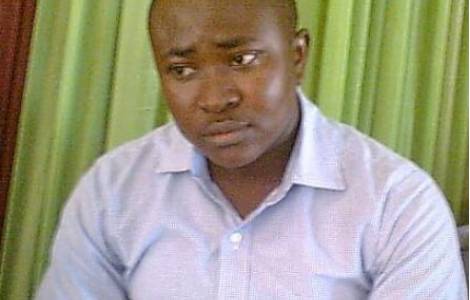 Abuja (Agenzia Fides) - Fr. Malachy Asadu, a priest from the Diocese of Nsukka, in the State of Enugu, in southern Nigeria was released two days after his abduction. This was confirmed by the Police yesterday, November 27, stating that the priest is in good health condition.
Fr. Asadu was kidnapped on November 25 along Imilike-Nsukka Road as he was returning from a diocesan meeting in the Cathedral of Saint Teresa, in Nsukka.
His abduction took place exactly nine days after another priest, Fr. Teofilo Ndulue, who had been kidnapped on November 16th, and then released after three days.
This is the ninth priest kidnapped in the State of Enugu in 2019.
Among the last cases we recall that of Fr. Arinze Madu, Vice Rector of the "Queen of the Apostles" Seminary in Imezi-Owa, Enugu State, kidnapped on October 28 and released on October 30 (see Fides, October 30 and 31, 2019).
Unfortunately kidnappings do not always conclude with the release of the hostage. On March 20, the body of Don Clement Rapuluchukwu Ugwu, parish priest of the church of San Marco, was found in Obinofia Ndiuno, in Ezeagu Local Government Area, in the State of Enugu, who had been kidnapped on March 13 (see Fides, 21/3/2019). On that occasion His Exc. Mgr. Callistus Onaga, Bishop of Enugu, had expressed regret for the failure of the police to save Fr. Ugwu despite their assurances that they were on the trail of the kidnappers, while these, however, continued quietly to withdraw money from the priest's account.
The clergy of the Diocese of Enugu had taken to the streets to demand more security after the killing of Fr. Paul Offu, killed on the evening of Thursday 1 August. The priest, pasrish priest of the church of St. James the Great in Ugbawka, was killed by a group of armed people called "Fulani shepherds" while driving along the Ihe-Agbudu Road to Awgu. (L.M.) (Agenzia Fides, 28/11/2019)