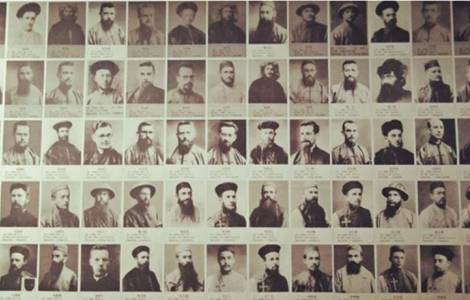 2020-04-03
Covid-19 emergency, help arrives at the Vatican and a letter from Chinese Catholics: "Holy Father, take care of yourself"

2020-01-25
Catholics remember a young Chinese priest and missionary of Tibetan ethnicity, who devoted his life for the Gospel

Bao Tou (Agenzia Fides) - Celebrating, thanking and commemorating the missionaries who left their homeland to dedicate themselves to mission in China, to the point of shedding their blood, is a custom and tradition for the Catholic community in mainland China. This takes place, in particular, during the month of November, a month dedicated to the commemoration of the dead, which becomes an opportunity to renew the missionary spirit of the people of God, starting from gratitude to those who brought the seed of the Gospel to China.
This year the commemoration was particularly touching in the community of Er Shi Si Qing Di in Bao Tou, in Inner Mongolia. In a solemn Mass celebrated in the Catholic cemetery of the village in recent days, the community gathered in front of the tomb of Mgr. Alphonse Bermyn, CICM, Apostolic Vicar of southwestern Mongolia (1901 - 1915), and before that of other Belgian and Dutch missionaries, mostly from the Congregation of the Immaculate Heart of Mary (CICM), who rest in the missionary land where they worked.
In fact, last June 24, the solemnity of St. John the Baptist, the community celebrated a Eucharist in front of the tombs of the missionaries, who are still in the memory of the older faithful. Over 500 faithful, along with numerous priests, religious and the Little Servants of the Immaculate Heart of Mary, took part in the liturgy presided over by Mgr. Paul Meng Qing Lu, Bishop of Hohhot (Sui Yuan). In his homily, the Bishop urged the faithful to "never forget the 84 CICM missionaries and many others who gave their lives for us, who intercede before the Lord".
The community of Er Shi Si Qing Di is a fertile land for faith; the site was the seat of the Apostolic Vicariate of southwestern Mongolia. Here stood the cathedral, parishes, seminaries, an orphanage, a kindergarten, a primary school, a nursing home and also a missionary training center. Even today it is a pilgrimage destination for Catholics. According to parish priest Fr Liu Jian Lin, "three years ago, we began to identify the tombs of the missionaries. Chinese and Christian culture has taught us to never forget the past and ancestors. For us it is also a way to consolidate our faith and renew our missionary spirit. Furthermore, it is important to keep the memory of the elderly faithful alive, considering their story a precious heritage of faith. Thus, we found the remains of Mgr. Alphonse Bermyn and the other Belgian and Dutch missionaries, whom we honor and thank today". (NZ) (Agenzia Fides, 28/11/2019) 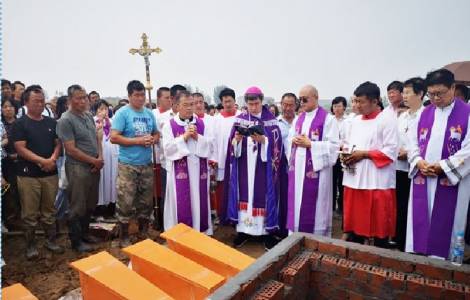