AMERICA/COLOMBIA - Today national strike; violence in Cauca and Chocò does not stop 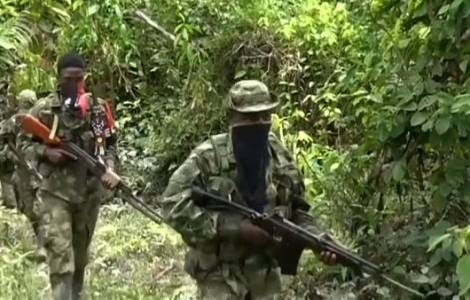 2019-11-27
Bishops: "For the good of our country: dialogue, reconciliation and integral development"

2019-11-21
Today national strike; violence in Cauca and Chocò does not stop

Cauca (Agenzia Fides) - The so-called "Paro Civico" takes place today, 21 November in Colombia: Colombian trade unions, natives, students and social sectors have called a day of protest. The national strike and the national citizen march want to show rejection on various issues on the government's agenda, such as labor reform, pension reform, the increase of energy rates, tax reductions for large multinationals, claiming the dignity of wages and the fight against corruption.
While government sectors point out that the reasons for the protest are based on false news, the organizers accuse the government of criminalizing the mobilization. Precisely because of this climate of tension that has been going on for a few weeks, the Colombian Episcopal Conference had proposed 6 themes for reflection (see Fides, 15/11/2019). On Sunday, November 17, the Bishops also invited "all Catholics and people of good will to pray for our homeland", providing each parish with the text of a "Prayer for Colombia" to be recited at the conclusion of the prayer of the faithful.
The Colombian Catholic Church has argued in favor of peaceful protest and called for the construction of a reconciled and peaceful nation: "the path to overcoming social problems and for the integral development of our country, passes through listening and dialogue, with the participation of all the protagonists of society. The solution depends on everyone, it is necessary to build, without delay, a common project of country, a common house in peace", repeated several times Mgr. Elkin Fernando Álvarez Botero, Auxiliary Bishop of Medellín and General Secretary of the Episcopal Conference.
Unfortunately, there are still episodes of violence in different areas in Colombia. In less than 30 days there have been real massacres of indigenous people and the civilian population in the department of Cauca, which is still experiencing the tension of the drug trafficking wars of past years, without being able to verify whether they are now dissidents of FARC or new armed groups . However, the dispatch of 2,500 soldiers to the area was announced.
Diego Jaramillo, from Cauca's Human Rights Network, explained to the international press that they are worried about the consequences of the increase in the government's military presence: "The fear of the communities is that the military increase, as announced, radicalizes the reaction of armed organizations against the population". Then he added: "it has already been seen many times that the army enters the area without respecting the indigenous jurisdiction, nor the indigenous authority".
But the popular tension in this regard is not recorded only in Cauca, but also in Chocò, in the municipality of Bojayà, a very similar situation is experienced. "While these days the communities of Afro-Colombians and the indigenous communities in the municipality of Bojayá remembered those massacred on 2 May 2002, we come to know of new threats and displacements, imprisonments, massacres, torture, disappearances and blackmail" said Fr. Sterling Londoño, of the diocese of Quibdó.
Father Londoño said this presenting a letter signed by the diocese of Quibdó, together with the Inter-ethnic Solidarity Forum of Chocó, the Community Council of the integral peasant Association of Atrato, the Federation of Associations of the Indigenous Councils of Chocó (Fedeorewa) and the Chocó Indigenous Office.
In this letter, the communities reported that after the peace agreement was signed in November 2016, the space left by FARC was occupied by the guerrilla war of the National Liberation Army (ELN), which "strengthened militarily and increased its attacks on the civilian population". This is why they asked President Duque to implement the Peace Agreements in a "timely and global manner, especially with regard to the ethnic chapter, and to provide constitutional guarantees to the Afro-Colombians and the indigenous people of Bojayá". (CE) (Agenzia Fides, 21/11/2019)