ASIA/AFGHANISTAN - The Barnabite, Scalese: "The exchange of prisoners, a necessary step towards peace" 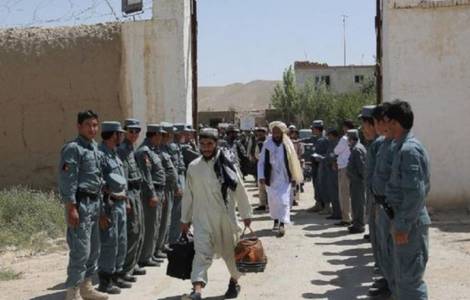 2020-01-24
Caritas project for children with disabilities: new collaboration with the state and with companies

Kabul (Agenzia Fides) - "A morally difficult choice to accept, but politically necessary to resolve the conflict". Barnabite priest, Fr. Giovanni Scalese at the head of the local Missio sui iuris, comments the release, that took place yesterday, 19 November, in Afghanistan of two Westerners who had been held for more than three years in exchange for the release of three senior insurgent leaders. The Westerners were released to American forces by the Taliban, and included an American, Kevin C. King, 63, and an Australian, Timothy J. Weeks, 50, teachers at the American University in Kabul who were abducted in August 2016, in addition to ten Afghan soldiers.
"How can you free three men accused of such serious crimes?" Father Scalese asked the question that many Afghans are asking President Ashraf Ghani, who on November 12th announced the forthcoming prisoner exchange, which ended on Tuesday, November 19. The biography of the three militants is clear: Anas Haqqani is the son of the founder of the jihadist network Jalaluddin and brother of the current leader Sirajuddin, who is also the number two of the "Rahbari shura", the great council of the Taliban. For the Haqqani, a front affiliated with the Taliban but with wide margins of autonomy, he was a sort of "ambassador". The second is Haji Malik Khan, brother of the founder Jaraluddin, captured in 2011. And finally Qari Abdul Rasheed Omari, military commander in southeastern Afghanistan. 12 years in Guantanamo, then responsible for the suicide bombing sector. The three are accused of massacres and bloody attacks: for many Afghans it is difficult to accept their release. Unless it produces concrete results.
President Ghani, who was urged to endorse the exchange by the Trump administration and the regional consensus, presented it as "a bitter choice" to obtain direct talks with the Taliban, so far denied, and the decrease of violence. "Politics must have the courage to make choices that provoke moral perplexities, but which are inevitable for a real and peaceful solution to the conflict", notes Father Scalese. The release of the Taliban could favor the resumption of negotiations with Trump's envoy, Zalmay Khalilzad. In Doha Khalilzad discussed an agreement with a Taliban delegation for months that included some points: the withdrawal of foreign troops in exchange of the guarantees of the break-up of any Taliban relationship with al-Qaeda and with global jihadist groups; the start of talks with the government of Kabul; a ceasefire. The text was ready for signature, but on 7 September Donald Trump announced the end of the talks. The exchange of prisoners is a gesture of mutual trust to shorten the distances. "The political solution is inevitable, a compromise must be reached", concludes Father Scalese. (GB) (Agenzia Fides, 20/11/2019)