ASIA/PAKISTAN - Churches: "No" to the nationalization of an ancient Christian college 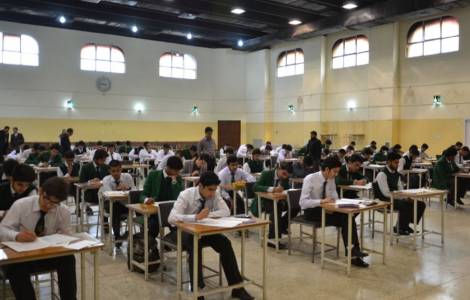 2020-02-25
Dialogue and fraternity: the legacy of the Abu Dhabi Declaration in Pakistan

2020-02-13
A kidnapped Christian girl reunites with her family

2020-01-30
42 Christians have been released, accused of "riots" after attacks on the Churches of Lahore

Lahore (Agenzia Fides) - "Christian Churches are doing a great job for the development of the Country; we want to continue working to improve the community, especially in the education sector. We condemn the decision of the government of the province of Khyber PakhthunKhwa (KPK) and we appeal to revoke the order of nationalization of Edwardes College". This is what Archbishop Joseph Arshad, at the head of the diocese of Islamabad-Rawalpindi and President of the Bishops' Conference of Pakistan, says to Agenzia Fides.
Archbishop Joseph Arshad, who is also at the head of the Bishops’ Commission "Justice and Peace" (NCJP) also states: "These actions can influence the quality and level of education of the institution. Educational work must not stop because of political intervention. The government should immediately address these issues that hurt the feelings of minorities in Pakistan".
On Tuesday, the Peshawar High Court issued a nationalization order for the oldest educational institution in the area, Edwardes College in Peshawar. Edwardes College was born as a Christian missionary school called "Edwardes High School" founded by the "Church Missionary Society" in 1853. In 1900 it became a College and since then it has functioned as a private institution, officially managed by the Diocese of Peshawar of the "Church of Pakistan", the Anglican Christian community present in Pakistan.
In 1972, when all private institutions were nationalized by the government, its independent status as a prestigious private institution was recognized and not involved in the process, while today the Khyber PakhthunKhwa government claims that the institute had already been included in the list of bodies to be nationalized.
The Justice and Peace Commission has expressed serious concerns about this "illegal occupation of Church property". In a joint statement by the Commission, Archbishop Joseph Arshad, President, Fr. Emmanuel Yousaf Mani, National Director and Cecil Shane Chaudhry, executive Director deplored this "illegal action" of the provincial government, asking to give back institutes such as Edwardes College, Gordon College (Rawalpindi), Murray College (Sialkot) to the Churches and other institutes nationalized in the 70s and have never returned to the Churches.
According to Fr. Emmanuel Yousaf Mani, national director of the NCJP, "this type of action discourages Christian communities from working for Pakistan's progress", while Cecil Shane Chaudhry has remarked "the sabotage of the rights of religious minorities".
In Peshawar several Christian organizations, such as the NGO "Pakistan Minority Rights Commission" (PMCR), and ordinary citizens have protested against the decision of nationalization, saying they are ready to "march to Islamabad" to defend legitimate rights. (AG-PA) (Agenzia Fides, 12/10/2019)