EUROPE/POLAND - President of the PMS to Polish Bishops: "The extraordinary missionary Month is an opportunity to rediscover the missionary and universal dimension of faith" 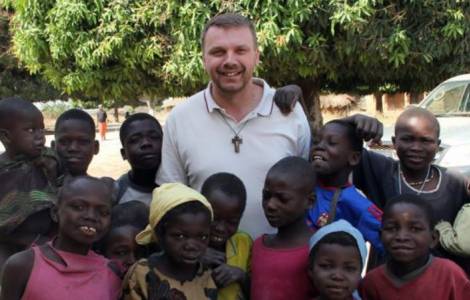 2020-02-20
From the Extraordinary Missionary Month to the Synod of children: meeting of the PMS National Council

Warsaw (Agenzia Fides) - A large number of Polish Bishops, missionaries and religious women are involved in the pastoral service and in the proclamation of the Gospel in mission territories: this is what Archbishop Giampietro Dal Toso, Assistant Secretary of the Congregation for the Evangelization of Peoples and President of the Pontifical Mission Societies (PMS), said in the speech addressed to the General Assembly of the Polish Bishops’ Conference, held today, October 9, in Warsaw on the occasion of the Extraordinary Missionary Month, announced by Pope Francis for October 2019. For the occasion the President wanted to dwell on the service that the PMS can render to the pastoral care of the church. The Pontifical Mission Societies are "a worldwide network at the service of the Pope to support the mission and the young Churches with prayer and charity", as Pope Francis defined them in the Message for World Mission Day 2019.
In his speech, Archbishop Dal Toso remarked that the Church's Magisterium on mission has repeatedly returned to the Pontifical Mission Societies and cited a passage from Pope John Paul II's "Redemptoris missio" encyclical: "Because they are under the auspices of the Pope and of the College of Bishops, these Societies, also within the boundaries of the particular churches, rightly have "the first place. . . since they are the means by which Catholics from their very infancy are imbued with a genuinely universal and missionary spirit; they are also the means which ensure an effective collection of resources for the good of all the missions, in accordance with the needs of each one." (RM 84). From a structural point of view - he continued - the Societies are at the same time universal and local.
"The missionary field - explained Mgr. Dal Toso - is a privileged field to show the relationship of mutual enrichment between the universal Church and the local Church. If it is true that the universal Church finds itself concretely in the local Church, it is also true that the local Church cannot exist without the universal Church. Between them there is a relationship that prevents the local Church from closing and becoming a national Church. The more the local Church opens itself to mission, the more it discovers that it is a universal Church, open to the needs of all the men".
The Archbishop then noted the specific fields in which the PMS, through the various national Directions, can support the responsibility of the Bishops for missionary activity: fueling the prayer for missions; keeping the missionary spirit alive in the Church through missionary animation; cultivating missionary formation, offering opportunities for the formation for priests, laity, men and women religious interested in mission; collecting offers in favor of missions, in particular that of the penultimate Sunday of October, dedicated to World Mission Sunday.
Speaking of missionary October 2019, Mgr. Dal Toso defined the extraordinary Missionary Month as "an extraordinary opportunity for the Church to renew missionary zeal" and to help "insert the missionary dimension into ordinary pastoral care, which is also the great goal of Evangelii gaudium" by Pope Francis. In that document - the President of the PMS pointed out - the Pontiff established this connection "in order to arouse more awareness of the missio ad gentes and to resume the missionary transformation of life and pastoral care with new enthusiasm".
"It is precisely this connection that we are called to rediscover. At times it may be tempting to consider the mission as an extra dimension, while it is important to understand the connection between ordinary pastoral and missionary pastoral", the Archbishop pointed out.
From a fundamental point of view of "returning to speaking of missio ad gentes, that is, of proclaiming the Gospel to those who do not know it", missionary October can then be transformed "into a pastoral opportunity to rediscover the beauty of faith and thus announce it", he said.
For this reason, the President concluded, the celebration of the Extraordinary Missionary Month of October 2019 helps to rediscover "the missionary and universal dimension of faith, which is also the true nature of the PMS charism. The PMS are at the service of this missionary Church and give every baptized person the opportunity to live their faith by sharing it with others and experiencing that his is a universal faith, which binds him to so many brothers and sisters throughout the world: prayer, witness, charity are concrete ways that the PMS offer to live a missionary and universal faith". (Agenzia Fides, 9/10/2019)