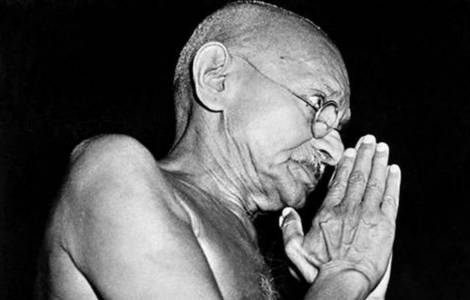 2020-02-26
The Church in Delhi: no to violence, stop to troublemakers, help to injured protesters

2020-02-20
Indian Bishops: the Constitution must be protected against pseudo-nationalism

New Delhi (Agenzia Fides) - "Let us pray for India and for political administrators, collaborating for the development, progress and good of our Mother Earth": this is the appeal released by Archbishop Anil Couto, at the head of the Archdiocese of Delhi, inviting Christians of the country to pray, on the occasion of the prayer meeting held on 2 October in Delhi, on the occasion of the 150th anniversary of the birth of Mahatma Gandhi, the nation's father. The prayer meeting, organized by the "Fellowship of Christians" and held in the auditorium of the Jesus and Mary school near the Catholic Cathedral of the Sacred Heart, was attended by faithful from over 20 denominations and Christian organizations
Among the political authorities present were Rakhi Birla, vice president of the Legislative Assembly of Delhi, Rajendra Pal Gautam, minister of culture of the government and Avtar Singh, mayor of north Delhi.
During the meeting, representatives of various Churches prayed for the president, for the prime minister, and for all federal and state ministers.
The "Fellowship of Christians" is an initiative of the Catholic Archdiocese of Delhi which "intends to bring together Christians of all denominations on a common platform to pray for the nation", explained Fr.Divino Felix Oliveira, among the organizers of the gathering.
"Every year on this day we, Indian Christians, come together to pray for our nation", he added.
India is facing a serious socio-political challenge, being affected by phenomena such as hate crimes against Christians, Muslims and Dalits, while the current government of Prime Minister Narendra Modi, of the Hindu nationalist party Bharatiya Janata (BJP) is a supporter of Hindu extremist groups who have called for the expulsion of all foreign missionaries from India, accusing them of using social work as a façade to convert Dalits.
Mohandas Karamchand Gandhi, commonly known by the honorific nickname of Mahatma (in Sanskrit: "great soul"), was an Indian politician, philosopher and lawyer, known as "the father of the homeland". He was born in Porbandar (currently part of the Indian state of Gujarat) on 2 October 1869 and died in New Delhi, 30 January 1948, killed with three gunshots by Nathuram Godse, a Hindu radical fanatic who also had ties with the "Mahasabha" Hindu extremist group. (SD) (Agenzia Fides, 3/10/2019)

VATICAN - Week of prayer for Christian unity: "Hospitality is a virtue that testifies to the loving encounter with others"