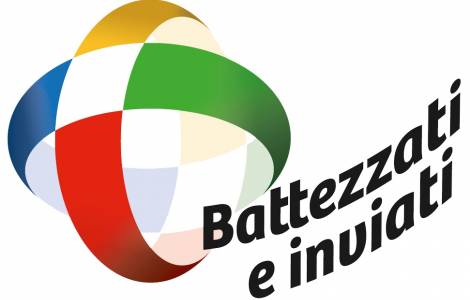 2019-10-01
Extraordinary Missionary Month: “Be missionaries, not spectators” the Bishops exhort

2019-07-24
When fraternity in Christ is more important than an ethnic group: the testimony of the Burundian martyrs

Bujumbura (Agenzia Fides) - "We want you to rekindle your missionary spirit in order to proclaim Christ's Salvation everywhere", write the Bishops of Burundi, in the message for the Extraordinary Missionary Month which opens today October 1st. In the document sent to Fides, read in all the parishes of the country on Sunday 29 September, it is recalled that "Pope Francis announced the Extraordinary Missionary Month so as to commemorate the centenary of the promulgation of the Apostolic Letter Maximum Illud by Pope Benedict XV".
The Bishops pay tribute to the first missionaries who, following the example of the first apostles, arrived in Burundi to announce the Good News. "Here, too, their task was not easy", they underline. "They left their families without knowing where they were going, without knowing if they would arrive, not knowing what they would encounter, not knowing if they would ever see their loved ones again. They had no cell phones like today, they did not travel by plane like today, there was no progress like in today's medicine. Many of them fell sick and died, others were devoured by animals, some of them drowned in the waters of the rivers and seas that they crossed on precarious boats, several of them were murdered".
After recalling the circumstances that led Pope Benedict XV to write the Apostolic Letter "Maximum Illud", the message focuses on the reasons that led Pope Francis to announce the Extraordinary Missionary Month. "Pope Francis considers current times torn by wars, with divisions among people based on opposing political and social visions. In the Church, the Pope finds closures in our habits, with pastoral structures and methods that are not conducive to missionary pastoral care".
"The Church needs a new impetus, a new will and a new hope in missionary pastoral" the message emphasizes.
"We give thanks to God because our Church has already sent some of its sons and daughters on missions to other countries. But we must understand that we must increase their number, supporting their mission with material means and through prayer. Therefore we invite you to support the Pontifical Mission Societies: the Pontifical Society for the Propagation of the Faith, the Pontifical Society of Saint Peter the Apostle, the Pontifical Society of Missionary Childhood, the Pontifical Missionary Union. These four pontifical missionary Societies are the pillars to revive and sustain the missionary spirit", the Bishops note.
"Do not be spectators, be missionaries together with the Virgin Mary, Star of the Missionaries and Queen of the Apostles, because it is our dignity that we received in our baptism" the message concludes. (L.M.) (Agenzia Fides, 1/10/2019)