AMERICA/PARAGUAY - Half a century of commitment on behalf of CONAPI to indigenous pastoral care, but much remains to be done 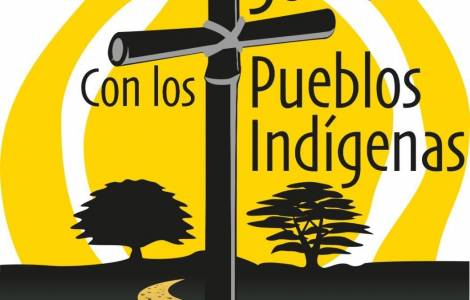 2020-09-21
The Bishops: "the first work of charity today is to follow the indications of the civil and ecclesiastical authorities"

2020-09-10
Feast of the Virgin of Caacupé: Mgr. Valenzuela complains about the violence and "the great absence of God in our life"

Asunción (Agenzia Fides) - The National Coordination of Indigenous Pastoral (CONAPI) celebrates its 50th anniversary in Paraguay and for this reason celebrated an International Congress on 27 and 28 September, which took place at the Metropolitan Seminary of Asunción.
Mgr. Adalberto Martínez Flores, Bishop of Villarrica and President of the Bishops’ Conference of Paraguay (CEP), gave the initial speech of the Congress, which was attended also by Mgr. Lucio Alfert, Mgr. Joaquín Robledo, Mgr. Pedro Collar, Mgr. Celestino Ocampos. The main report was presented by Mgr. Felipe Arizmendi, Bishop Emeritus of San Cristobal de las Casas (Chiapas, Mexico).
Mgr. Martínez Flores introduced the work of the Congress: "During this 50-year journey, indigenous peoples have achieved many results such as the titration of the land, the approval of education and food laws favorable to indigenous peoples. They fought for sovereignty. Another important result was integration, respecting cultural differences and thanks to the work of missionaries, especially in mission areas".
He then added: "Pope Francis states that for indigenous peoples, land is not an economic good, but a gift from God. It is a sacred space with which they must interact to support their identity and their values. When they remain in their territories, they are the ones who take care of the land at best ... However, in various parts of the world, for various reasons, they are forced to leave their lands for agricultural or mining projects that do not pay attention to the degradation of nature and culture".
The main speaker, Mgr. Felipe Arizmendi, said in his speech: "When Pope Francis came to Chiapas (February 2016) while I was Bishop of San Cristóbal de las Casas, some asked me: what did the Pope visit? I replied: for the economic aspect, he left a lot of money, because he attracted many people to the city, to the hotels, and everyone benefited ... But the most important thing about his visit was that the natives became more aware of the fact that they are important for the Church, that they are precious, and that we must also learn from them". Referring then to Paraguay, he commented: "the Bishops' Conference has already carried out 50 years of efforts to better serve these populations, but much remains to be done. This congress wanted to help raise awareness of the importance of being with them".
The National Coordination of Indigenous Pastoral Care (CONAPI) has 5 decades of institutional life: it was born in 1969 with the name of Department of the Missions, then in 1976 it became the National Team of the Missions and finally, in 1994, it became the National Coordination of the Indigenous Pastoral. Its first president was Mgr. Alejo Obelar, of the Apostolic Vicariate of Pilcomayo and his first executive secretary was Father Bartolomeu Meliá, SJ. (CE) (Agenzia Fides, 30/9/2019)

AMERICA/ST VINCENT AND THE GRENADINES - First mission opened in Belle Vue: the work of the Redemptorists celebrates its first year

AMERICA/HONDURAS - Cardinal Maradiaga: politicians must fulfil what they promise in the electoral campaign