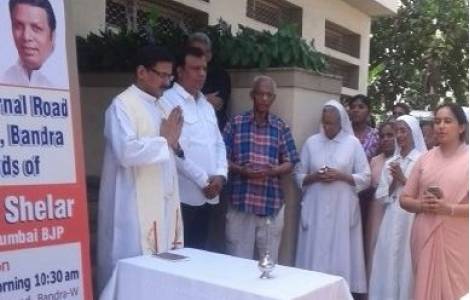 New Delhi (Agenzia Fides) - There are over 200 episodes of violence against Christians reported in India in 2019: this is the data sent to Agenzia Fides by the NGO "Alliance Defending Freedom" (ADF) based in New Delhi. In a report by the organization, 218 incidents of various kinds occurred in 243 days in 2019. Of these, 159 were episodes of mass violence, about 27 such incidents every month, claimed ADF-India,
The incidents were reported to the United Christian Forum (UCF) toll-free number, notes ADF-India, which is committed to providing free legal assistance to the victims.
The note sent to Fides states: "The modus operandi followed in the 159 cases of mass violence is the same. A crowd accompanied by the police arrives to disturb a prayer celebration, shouts slogans and hits members of the assembly of the faithful, including women and children. Then the Pastors who lead the liturgy are arrested or detained by the police with the false accusation of forced conversions", says A.C. Michael, a Catholic activist and one of the leaders of ADF-India. According to Michael, "none of these false accusations has ever been upheld in a court of law. In fact almost all the arrested Pastors have been released or acquitted because the charges are false and unsustainable and no one can provide evidence of forced conversions". This approach, he notes, "means that in fact many Christians are experiencing restrictions on their freedom to practice their faith in much of the Indian territory since this happens in 23 states out of 28 states in India".
In Uttar Pradesh, 51 incidents are reported, 41 in Tamil Nadu, 24 in Chhattisgarh, 17 in Jharkhand, 16 in Karnataka, 14 in Telangana, 12 in Andhra Pradesh, 9 in Maharashtra, 6 in Haryana, 5 in Bihar, 4 in Delhi, 3 in Odisha, 2 in Himachal Pradesh, Kerala, Puducherry, Rajasthan and West Bengal, 1 in Goa, Gujarat, Jammu and Kashmir, Madhya Pradesh, Punjab and Tripura.
ADF notes the tendency not to present complaints (First Information Report) against the perpetrators of the violence: in fact, only 25 out of 218 were presented. "This shows the tacit understanding among the violent and the police, who obviously enjoy the patronage of leaders or local officials politicians", notes ADF. Sometimes failure to file a complaint is also due to fear of reprisals, says Michael. "The impunity that the police and the government grant to the perpetrators of violence contributes to eroding the confidence that victims can have in authority", notes Michael.
Since 2014, attacks on Christians have steadily increased, stresses ADF: 292 in 2018, 240 in 2017, 208 in 2016, 177 in 2015 and 147 in 2014.
"No one should be persecuted because of his faith. It is worrying to see these horrendous acts of mass violence continue even after a series of indications given by the Supreme Court", says Tehmina Arora, director of ADF-India.
John Dayal, a secular Catholic human rights activist, comments to Fides: "It is a good sign that these data are disseminated. If Pakistan is repeatedly criticized by the Indian government and internationally for its treatment towards religious minorities, the Indian government led by Bharatiya Janata Party (BJP) continues to deny the widespread violence against Indian Christians, saying they are sporadic incidents and refuses to indicate members of Hindu extremist groups as those responsible, protected by the police".
The Catholic leader notes: "We stress the need for a national law to control targeted violence against religious minorities. Without this law, fundamentalist elements with state protection will continue to terrorize religious minorities, and in particular the Christian community in rural areas". (SD) (Agenzia Fides, 23/9/2019)