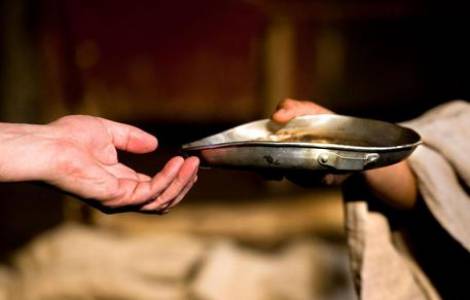 2020-05-18
Catholics do not believe in magic: the commitment to eradicate the violent practices of superstition

Port Moresby (Agenzia Fides) - Migrants, refugees and prisoners in Papua New Guinea struggle to overcome linguistic and cultural barriers in order to return home or to a third country. They experience "a separation from their places of origin and often also a cultural and religious uprooting", this is what Sister Teresa Vu Phuong says Thuy Trinh, a religious of the Daughters of Mary Help of Christians who in 2918 managed to repatriate 105 Vietnamese fishermen. Thanks to Sr. Teresa and the Salesian community they were able to re-embrace their families.
A note sent to Agenzia Fides also states that recently, thanks to the mediation of the nun and her congregation, five Vietnamese detainees from Bomana prison in Boroko were repatriated, obtained passports, airline tickets and night shelters in Manila, Philippines, before heading home to Vietnam.
The superintendent and commanding officer of Bomana prison thanked the general superior of the FMA, and the community of the Salesian nuns "for their act of charity in helping the needy". The five detainees had spent three years in prison, and have now returned to their families after being expelled from Papua New Guinea on 3 September 2019.
In another initiative, the Salesian religious present in Papua New Guinea have started a professional training project in favor of the refugee population, especially from neighboring Indonesia. Thanks to the joint efforts of Caritas of Papua New Guinea and the Salesian Technical School "Don Bosco" of Gabutu, near Port Moresby, young refugees, many of them teenagers, are offered short training courses which last four months each, in basic computer science, administration and electromechanics. In this way, they are given the opportunity to attend an education program that will develop their skills and, above all, help them find a decent job. The Indonesian refugee community, from the Indonesian province of West Papua, includes over two thousand people living in slums in five different camps in Port Moresby. In a situation of uncertainty, the camp leaders turned to the Bishops and Catholic congregations to receive food assistance and education (AP) (Agenzia Fides, 18/9/2019)