ASIA/LEBANON - Maronite Archbishop of Beirut: schools of the archdiocese also open to those who cannot pay their fee 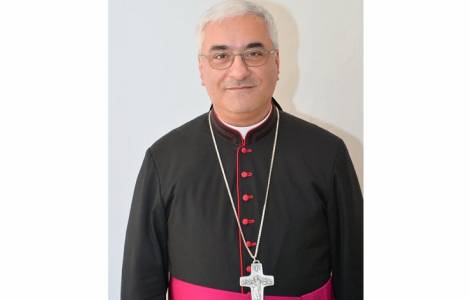 2020-06-27
Ethiopian domestic workers, victims of Covid-19 and the economic crisis

2020-06-04
Confirmation of the National Director of the Pontifical Mission Societies, Fr. Rouphael Zgheib

Beirut (Agenzia Fides) - In the schools belonging to the Maronite Archdiocese of Beirut, no student will be excluded from attending classes, even if his family cannot pay tuition. This was decided by Archbishop Boulos Abdel Sater, at the head of the Archdiocese since June.
The difficult economic situation and management costs linked to the increase in the salaries of teachers and non-teachers are aggravating the crisis of the Lebanese Catholic schools year by year. Many families are no longer able to pay the monthly fees to ensure their children adequate levels of education. In such a worrying scenario, the new Maronite Archbishop of Beirut, Boulos Abdel Sater, has ordered t all "de la Sagesse" schools, to guarantee access to lessons and school continuity to all students already enrolled, including the sons and daughters of parents who cannot pay the annual fees established by individual institutions. The archdiocese is committed to finding solutions and funding to help schools unable to deal with the emergency situation.
It is in this context - note local sources consulted by Agenzia Fides – that we understand the choice made by Archbishop Boulos Abdel Sater to continue to use his old car to travel and to sell the most expensive cars which are used by the Archdiocese and by the Archbishop himself.
The choice of the Maronite Archbishop of Beirut expresses a new approach, with respect to the ways in which different ecclesial subjects had so far faced the difficulties faced by Lebanese Catholic schools in this time of crisis. The economic situation of many private educational institutions has worsened especially since the summer of 2017, after the government of that time ordered the new "salary grids" for public sector workers, including the school sector. Since then, the situation has become unsustainable especially for schools that operate in less prosperous urban and rural areas of the country. Until now, appeals to the government and national institutions have been addressed by authoritative representatives of the Maronite Church, with the request to "take on their responsibilities" by investing public resources that would now be necessary to support the school system in crisis.
At the beginning of September, at the annual Conference organized by the Secretariat of Catholic schools in Lebanon, not only claims, protests and accusations against politicians were heard in the Conference, also self-critical accents and requests to review the internal dynamics of the entire network of Catholic educational institutions were highlighted, encouraging forms of collaboration and help among schools that enjoy good health from a financial point of view and those that carry out their educational work also among the economically weaker sections of the population.
Among other things, Father Charbel Batour, rector of the Notre-Dame de Jamhour College, had proposed to establish a self-managed "national fund" of Christian schools, to be used to support the educational work of schools in difficulty, given that "we can no longer rely on the State".
Abdel Sater was elected Maronite Archbishop of Beirut on June 15th. Until then, he had been Bishop of the Patriarchal Curia. He was born on September 20, 1962 in Aïn El Remmaneh. He studied at the Saint-Esprit University of Kaslik, and, after being ordained a priest - on June 29, 1987 for the Archieparchy of Beirut of the Maronites - he was sent to Boston, in the United States, where he obtained his theology specialization in Moral and Educational Sciences. When he went back to Lebanon, he also held the position of director in two schools of the Archieparchy, Aïn El Remmaneh (1993-2003) and Achrafieh (2003-2012) and also held courses at La Sagesse University in Beirut. (GV) (Agenzia Fides, 17/9/2019)

ASIA/CAMBODIA - Father Cosme: "In times of Covid-19, cultivate the desire to get together again, to grow united in faith"