AFRICA/MOZAMBIQUE - On the path towards peace, "without exploiting the Pope's visit", asks a missionary 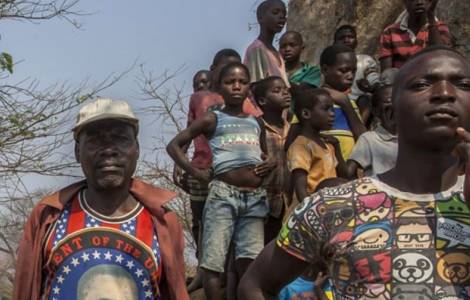 2020-09-18
Solidarity campaign "Together for Cabo Delgado" to assist over 250,000 displaced people in the diocese of Pemba

2020-09-09
Pandemic and violence in Cape Delgado: the solidarity of the Bishops of southern Africa

2020-07-10
The alarm of the missionaries: New jihadist attack in the North destroys church, hospital, houses

2020-06-23
Wave of IDPs in the northern province, caused by violence and destruction

Maputo (Agenzia Fides) – The that welcomes Pope Francis is a Mozambique in the grip of new and ancient problems. A Country that for 35 years has been looking for definitive peace among the main parties (Frelimo, in government, and Renamo, historic opponent) and that, for some years, has to face a threatening presence of Islamic military formations in the North. "It is a nation that is undergoing a phase of perpetual transition" explains to Agenzia Fides Claudio Zuccala, a White Fathers missionary in Mozambique. "In 1992, with a peace treaty signed also thanks to the mediation of the Catholic Church, a long war ended that devastated society and the economy. However, since then, it cannot be said that stability has been achieved. Tensions between the two main Mozambican parties have continued over time with periodic outbreaks of violence". On 1 August, Frelimo and Renamo signed a new peace agreement that provides for disarmament and political elections. "Will it be the definitive agreement? - asks Father Zuccala - Over the years other agreements of this type have been signed, but they have not led to anything. However the hope is that the next presidential elections are held peacefully, on October 15" .
Father Zuccala has no idea who could win: "Frelimo - he observes - has a very efficient organization that also uses the structures of the State to stay in power. This is what happened in past years and so, I believe, it will also happen this time, there will not be much left for the opposition".
The religious also fears the exploitation of the Pontiff's visit: "Frelimo - he continues - was born as a Marxist and atheist party. In the past it denied or in any case hampered religious activities. Over the years, however, the major exponents have opened spaces to the Catholic Church and to other religious denominations. Very often however, political leaders exploit these openings to gather consensus. They are very skilled and I fear that some of them will also use the Pope's visit to get more votes"
The Catholic Church is very active in the social, education and health fields. "Catholic structures - explains Father Claudio - seek to support the population. Schools and hospitals are indispensable for Mozambicans and have a high quality level. The Church also has an important role in promoting the most marginalized groups, especially the poor and women. Despite many limitations of freedom of speech and thought, Catholics are very active in promoting civil rights, a task that is not easy especially in the north of the Country".
In fact, a few years ago, jihadist groups were active in the province of Cabo Delgado. They carried out numerous massacres in different villages, but very little is known about them. "Are they Islamists? Bandits? Drug traffickers? No one knows who they really are. Behind them there may also be interests related to the large gas fields discovered in the area. The government has silenced the press. No inquiries, services can be carried out. "Who does it is arrested. Maputo has sent military reinforcements. Will it be enough to appease the revolt? We hope that the nation will be able to face these crucial challenges always respecting dignity and human rights", concludes Father Zuccala. (EC) (Agenzia Fides, 5/9/2019)

AMERICA/BRAZIL - In 2019, violence against indigenous communities and territories doubled