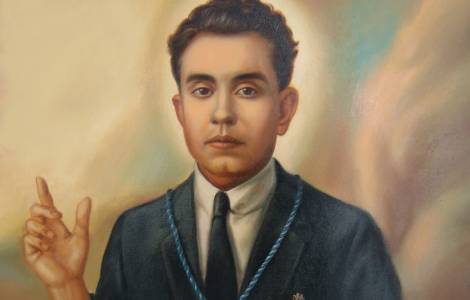 2020-09-05
"Schools of forgiveness and reconciliation": the Bishops give new impetus to peaceful coexistence

2020-09-02
Mgr. Álvarez Cano: "Society must ask its rulers to make proper use of public resources"

2020-07-18
The Bishops in the face of the current situation: "We are committed to life and human dignity"

Mexico City (Agenzia Fides) - "With great joy, the Mexican Bishops' Conference announced that the Congregation for Divine Worship and the Discipline of the Sacraments approved that Blessed Anacleto González Flores, martyr, is Patron of the Mexican Laity": the news, sent to Fides, was announced by Mgr. Alfonso Miranda Guardiola, Auxiliary Bishop of Monterrey and General Secretary of the Mexican Bishops' Conference (CEM). The statement recalls that the CIII Plenary Assembly of the Mexican Bishops' Conference, had unanimously voted the proposal to declare Blessed Anacleto Patron of the Laity and to establish in the third weekend of November, on the feast of Christ the King of the Universe, the Day of the Laity. "In the joy of prayer, we entrust ourselves to the new Patron of the Laity - concluded Mgr. Miranda Guardiola -. The example of his devoted love for God reminds us that the path of holiness is a life-giving martyrdom that is possible only thanks to the strength of God".
Mexican layman Anacleto González Flores was killed on April 1, 1927 along with three young people of the Catholic Action of Mexican Youth, and was beatified November 20, 2005 in Guadalajara, along with 12 other martyrs of the "cristera war": during the Mexican revolution, in the years between 1920 and 1930, they did not hesitate to shed their blood in order not to deny the Catholic faith. Cardinal José Saraiva Martins, Prefect of the Congregation for the Causes of Saints, who presided over the rite, in some statements to the local press stated that "the Church of the go out and preach is the Church of martyrs, missionary and martyred. Therefore the message of the martyrs has a great relevance for us, who live in the third millennium, because they teach us their will power, the courage to live and defend the Christian faith we received in baptism" (see Fides, 21/11/2005).
Anacleto González Flores was born on 13 July 1888 in a poor family of Tepatitlán, Jalisco. After a period spent in the seminary, he dedicated himself to various jobs before graduating in Law. Pedagogue, speaker, catechist and social leader, member of the Secular Franciscan Order, he engaged in a strenuous battle in defense of the Catholic faith and the religiosity of the Mexican people, for which Pope Pius XI gave him the Cross Pro Ecclesia et Pontifice. Writer of books and articles, thoughtful father of two children, for the Mexicans he was "the master Cleto", founder of the Catholic Association of Mexican youth of Guadalajara and of the Popular Union. But he is also known as the "Mexican Gandhi", because during the civil war he advocates pacifism and non-violent struggle. At dawn on 1 April 1927 he was arrested and transferred to the Colorado barracks, where he was subjected to cruel torture. Before he died, he forgave his tormentors. (SL) (Agenzia Fides, 30/7/2019)

ASIA/NEPAL - Evangelizing with the Word, in times of pandemic: online Bible courses for lay people