AFRICA/BENIN - Salesian commitment to children, victims of exploitation: "to rekindle the light of hope in their lives" 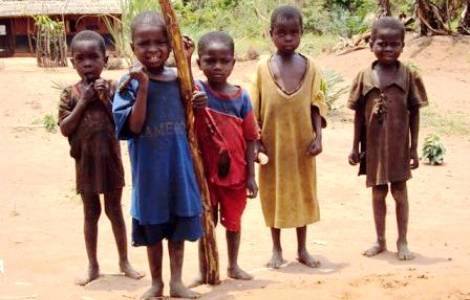 2019-07-27
Salesian commitment to children, victims of exploitation: "to rekindle the light of hope in their lives"

2019-04-27
Tension on the eve of the vote; waves of arbitrary arrests have been denounced

Cotonou (Agenzia Fides) - "In Benin, children living on the streets count for nothing, although important documents have been approved to protect children. Their lives are at risk every day: we try to offer them protection, through our system of preventive education", says to Agenzia Fides Sister Ana Victoria Ulate, a Salesian missionary, who highlights the plague of child labor in the African country. Since 1992, in fact, the Salesian Sisters of the Daughters of St. Mary Help of Christians Institute have been working in Benin, whose goal is to save hundreds of children from exploitation: "we dedicate ourselves to raising awareness, speaking in churches and mosques, and in Cotonou we have opened reception and training centers", she explains.
According to a report by the International Labor Organization (ILO), in Benin, where 9 million people live, of whom almost half are under the age of 18, 68% of children between the ages of 5 and 17 work, a percentage that reaches 66% between 5 and 14 years, that is in the age range of compulsory education. "Hundreds of children - says the missionary - during the day live in Dantokpa, a huge open market in Cotonou". "Among the reasons that push these children to live on the street are above all family problems, such as poverty or separation of parents, others suffer abuse", she adds.
The issue of child labor is compounded by the phenomenon of child victims of trafficking: "many are "sold" by their parents with the illusion of receiving an education or hope for a better future, but often end up doing strenuous work", reports the Salesian. It is a real trade run by traffickers, the so-called "vidomegons": "they give these children to families who, instead of sending them to school, exploit and abuse them", she says.
In order to take care and protect minors, the sisters founded a house that gives hospitality to 70-80 girls and boys between 6 to 16 years of age: "Here the girls - says Sister Victoria - follow literacy courses, play games, learn to do some work. In general, they stay for 2-3 months, a period during which our social workers carry out an investigation trying to track down the parents and see if it is possible for them to be reintegrated in the family. In these years we have taken care of over 3,000 girls".
In addition to this center and a House of Hope, the sisters have started other works: a large school with over 1,000 students, plus an “accelerated” primary school for children who have never received education, and kindergartens for children from 3 to 5 years. "Stopping this trafficking is not an easy task", concludes Sister Victoria, "we work closely with psychologists, social workers, educators, teachers to try and combat the problem of exploitation and trafficking: there is great collaboration between us, we all commit ourselves with great dedication, faithful to the principles of Salesian pedagogy to rekindle the light of hope in these children". (Agenzia Fides, 27/7/2019)

VATICAN - The commitment of Churches and missionaries against "human traffickers", in the name of Santa Marta