AMERICA/HAITI - Post-earthquake missionary work of the Camillians: "We must focus on people" 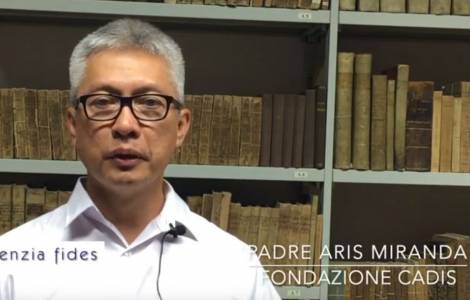 2020-10-15
A long list of deaths and violence: proliferation of weapons, impunity and corruption among the causes

Ranja (Agenzia Fides) - "Even today, almost ten years after the earthquake that devastated Haiti, we are trying to accompany the Haitian population towards a full recovery", says Father Aris Miranda, Camillian missionary and Executive Director of the Camillian Disaster Service International Foundation (CADIS), to Agenzia Fides, talking about the assistance programs carried out in recent years on the Caribbean island after the earthquake of 12 January 2010, which caused 230 thousand victims, 300 thousand wounded and 1 million displaced persons. "In these years - he says - the island has been hit by four hurricanes and cholera continues to claim victims. Thousands of people are still in tent cities".
The Camillian religious have been present in Haiti since 1995 and their service of presence alongside the population, especially among the poor and marginalized, is highly appreciated: in November 2001 they inaugurated a health center, the Foyer Saint Camille. This structure is composed of a dispensary for basic medicine, where about 300 people are visited a day. "Next to this center - explains Father Aris Miranda - there are three pavilions for the reception and stay of sick children and adults, with a gym equipped for physiotherapy and a nutrition center", explains the missionary. "We also have a shelter for abandoned disabled children, the Foyer Bethléem, and since 2006 the Saint Camille primary and secondary school, which is home to more than 500 students, has been operational", he adds.
Also from an economic point of view the situation in Haiti is disastrous: 75% of the population lives in conditions of extreme poverty, in many cases without water and electricity. 70% of the workforce is unemployed and agriculture is unable to meet the needs of the inhabitants. "To this day - continues the Camillian - the Haitians owe their survival almost exclusively to international aid and the remittances of immigrants. And the picture becomes even more dramatic if we consider that corruption and violence continue to grow in the country". Furthermore, violence and widespread crime are serious problems: "We are concerned about the increase in insecurity throughout the country, due to the political crisis", he says. Since the beginning of 2019, more than one hundred civilians have lost their lives at the hands of armed gangs that blackmail even NGOs and Embassies: "In the past few months, we have had problems reaching the offices where we work", reports the director of CADIS.
Despite these difficulties, the apostolic commitment of the Camillians continues through assistance. Now in Ranja, in the diocese of Jeremie, there is a project to start an agricultural school: "Our intervention - concludes Fr. Aris - - will focus on strengthening the capacity of farmers, reorganization and cooperation program among women, of the local market with their products, building a multi-purpose center for training. We must focus on people". (ES) (Agenzia Fides, 20/7/2019)

EUROPE FRANCE - Towards Mission Sunday - the Superior of the MEP: Pauline Jaricot and Therese of Lisieux, examples of missionary life

AFRICA - Covid-19: WHO explains the factors that have led to the low number of cases in Africa