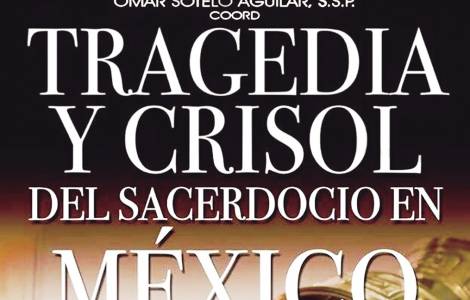 2020-04-30
The Scalabrinians: "The issue of migration is central even in this period of pandemic"

Mexico City (Agenzia Fides) - According to the Catholic Multimedia Center (CCM), violence against priests is not a direct expression of hatred of faith, but a desire for "social destabilization". "The priest and parish communities promote security, education, health services, the human rights of migrants, women and children ..." explains to Fides the director of the CCM, the Pauline priest Omar Sotelo Aguilar, SSP.
The local Church is, in fact, "a reality that helps people, in direct competition with organized crime", which knows that eliminating a priest is much more than eliminating a person, because it destabilizes an entire community. This is how "a culture of terror and silence is established, which is important for the growth of corruption and, therefore, to allow cartels to work freely". The phenomenon is particularly highlighted in the States of Guerrero, Veracruz, Michoacán, but now "it is total alarm" also in Tamaulipa, Jalisco and Guanajuato.
"Tragedia y crisol del sacerdocio en México" is the title of a journalistic dossier behind the book of the same name and, recently, of a documentary, with which Fr. Omar Sotelo Aguilar denounces the violence which affects priests all over the country and the almost absolute impunity that surrounds them. In an interview with Agenzia Fides, the religious recalls that "in 2018 seven priests were murdered in Mexico".
According to what has been gathered in about nine years of journalistic investigations, which have earned Father Sotelo the 2017 National Journalism Award, the phenomenon is growing, hand in hand with the increase in violence in the country. "In the six-year presidency of Luis Felipe Calderón, 17 priests were murdered, and in that of Enrique Peña Nieto, 26" summarizes the Pauline priest, who is also worried that over 80% of these crimes go unpunished.
The most striking case is the murder of Card. Juan Jesús Posadas Ocampo, since "after more than 25 years no person is in jail for that crime". No one was even charged regarding the brutal killing of two young priests last year on the Taxco-Iguala highway. "The documentary", says the director, "wants to be a voice that cries out in this terrible darkness".
The intimidation is so frequent that in Mexico 26 churches per month are desecrated. "In the usual modus operandi, attacks on priests begin with extortion, then kidnapping, torture, and ultimately murder, with a particularly brutal violence", explains Fr. Sotelo Aguilar. Furthermore, post mortem slander of slain priests is common, to "divert attention" in the investigation. Thanks to the work carried out by the CCM team, "anomalies" by investigators were reported and made public and the authorities had to reopen the files already archived. CCM research has led to the intervention of Parliament's Human Rights Commission and the action of the US State Department and international organizations. (SM) (Agenzia Fides, 17/6/2019)