AMERICA/PERU - Bishops to the government: we continue solidarity towards the Venezuelan brothers, 94% live in extreme poverty 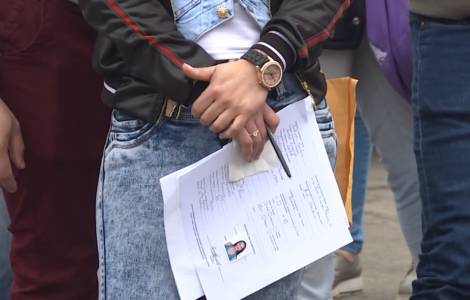 2021-03-27
The Bishops: "Together towards the Risen Christ, light in the night of the pandemic"

2021-03-20
Death of the Bishop Emeritus of Chimbote from Covid-19, known for his continual struggles of the marginalized

Trujillo (Agenzia Fides) - Mgr. Miguel Cabrejos Vidarte, President of the Peruvian Bishops’ Conference (CEP) and President of the Latin American Episcopal Council (CELAM), in a letter addressed to the President of the Republic of Peru, Martin Vizcarra Cornejo, invited the Peruvian government to continue to show solidarity towards the Venezuelan brothers in the face of the difficult situation they are going through.
In the letter sent to Fides, Mgr. Cabrejos hopes that "the will of the Peruvian government to welcome the Venezuelans arriving in Peru, and to find in our country a land of peace and solidarity, where they can fulfill their dreams and rebuild their lives and that of their families continues". Similarly, it highlights how this migration contributes to a greater cultural exchange between two brother peoples: "The approximately 800,000 Venezuelans who have entered so far are contributing to forming a multicultural, fraternal, tolerant and respectful society of exchange of cultures".
Mgr. Cabrejos also draws attention to the need for a humanitarian visa for Venezuelans who want to enter Peru, which requires the possession of a passport and a certificate of criminal records, both difficult to obtain in their country. "This request could be an imminent danger and a temptation to limit and/or restrict access to the refugee reception system due to the increase in the number of applicants. Although the asylum request remains open, the danger remains", says the letter.
Finally, the note sent to Fides by the Peruvian Bishops’ Conference reports that "the Church will always be available to collaborate to implement the appropriate measures to ensure that the international community is responsible and supportive in a tangible way with the efforts made by countries like Peru, through humanitarian and economic cooperation, to avoid an economic impact for the State and to facilitate the social, economic and cultural inclusion of the Venezuelan population in our lands".
The Peruvian government had informed that from June 15 Venezuelan citizens who wanted to enter Peru had to have, in addition to the passport, a humanitarian visa. The news provoked reactions in various areas, in addition to the Church. One of the government representatives told the press that this provision does not mean "closing the doors", but aligning with neighboring countries in asking for a permit that the person concerned must request in his country of origin. The President of Peru himself justified the provision of the government with the fact that on June 6, Peru had expelled nearly 50 Venezuelans with criminal records and that they had entered the country with false documents.
According to the latest United Nations Report on Venezuela, of the 29 million inhabitants, 94% suffer from hunger and extreme poverty. At least 3.5 million Venezuelans have already fled to Peru, Colombia, Brazil, Guayana and Suriname as well as Curacao and other Caribbean islands. School-age children no longer attend school and sick people cannot go to hospitals because everything is lacking (see Fides, 3/4/2019). The number of those who die due to a lack of life-saving drugs of all kinds increases every day. (CE) (Agenzia Fides, 13/6/2019)