AMERICA/COSTA RICA - Archbishop Quirós: "as a Church we always choose dialogue, but it has to be constructive dialogue" 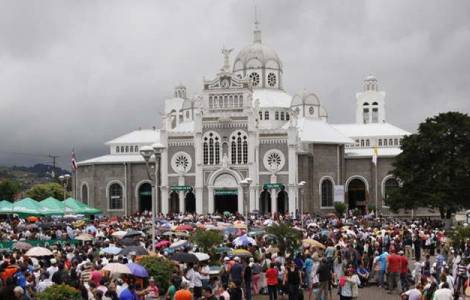 2019-06-08
Archbishop Quirós: "as a Church we always choose dialogue, but it has to be constructive dialogue"

San José (Agenzia Fides) - On June 6 the National Association of Public and Private Employees (ANEP) met with the Archbishop of San José, Mgr. José Rafael Quirós, and representatives of various sectors, including cooperatives and farmers. During the meeting it was announced that they will prepare a series of proposals that will be delivered both to representatives of the executive and to legislators. The note sent to Fides informs that the general secretary of ANEP, Albino Vargas, explained that his goal is to propose a road map to the government that does not endanger democracy and freedom of trade unions.
Archbishop José Rafael Quirós said that the Catholic Church will provide support to these sectors, as it supports the cry of the people, and will also work to ensure that the proposals are centered on the dignity of the human person. We do not yet know when the document will be ready, but we will try to integrate as many social sectors as possible, to make a complete proposal.
Mgr. Quirós, Archbishop of San José and President of the Bishops’ Conference, said: "We, as a Church, always choose dialogue, not as a simple instrument to reach consensus, but constructive dialogue, which allows everyone to exercise the ability to listen and understand in order to achieve important goals, therefore, as a Church, invited by the social sectors, we always participate in the dialogue of those who invite us to authentic dialogue".
The Archbishop was accompanied at the meeting by Bishop Daniel Blanco, Auxiliary Bishop of San José; Fr. Edwin Aguiluz, national director of Social Pastoral Care-Caritas; and Fr. Luis Alejandro Rojas. The general secretary of ANEP, Albino Vargas, described the meeting as "historical" and stated that these sectors meet because there is a "serious national situation".
Costa Rica, which for years has presented itself as a model of a balanced society, concerned with the defense of its economy and its natural resources, has in recent months suffered a gradual impoverishment in its economy, to the point that the majority of Costa Ricans have difficulty to meet basic needs. The population, faced with the continuous frustrations deriving from the promises not kept by national politicians, has lost hope to improve their living conditions and to have the opportunity to build a better future for their family. Thus the adhesion to the sectarian political parties inspired by the neo-Pentecostal evangelical theology, affiliated with neoliberal politics increases, with an important presence in the political system and a growing institutional representation. (CE) (Agenzia Fides, 8/6/2019)