AMERICA - On August 22, the first UN Day for victims of violence based on religious belief 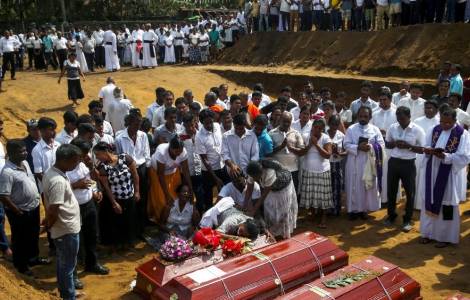 2020-06-05
"Cutting the roots of racial injustice that infects many areas of society": letter from CELAM to American Bishops

Washington (Agenzia Fides) - The 85th plenary session of the 73rd UN General Assembly, on May 29, invited all member States, organizations linked to the United Nations and other regional and international organizations, as well as civil society, to observe on August 22nd, the "International Day Commemorating the Victims of Acts of Violence Based on Religion or Belief".
The resolution strongly deplores all acts of violence against persons on the basis of their religion or belief, as well as any such acts directed against their homes, businesses, properties, schools, cultural centres or places of worship, as well as all attacks on and in religious places, sites and shrines that are in violation of international law.
The resolution reaffirms its unequivocal condemnation of any act, method or practice of terrorism and violent extremism conducive to terrorism, in all its forms and manifestations, by anyone who commits it or wherever it is committed, regardless of its motivation.
The proposal was made by Polish Foreign Minister Jacek Czaputowicz, on behalf of nine countries of the central group that supported the draft resolution, motivating the request with the unprecedented increase of violence against religious communities and members of religious minorities, registered in the world.
To illustrate this motivation, reference was made to the recent attacks on mosques in Christchurch in New Zealand (see Fides, 15/3/2019) and against Christian communities in Sri Lanka on Easter Sunday (see Fides, 22/4/2019), which tragically reminded the international community that freedom of belief is a fundamental human right and that hatred of religious groups could cause mass murder of the innocent.
Fides had registered the voice of the Bishops of Pakistan, who had said: "there has been an alarming increase in episodes of violence aimed in particular at religious minorities" (see Fides, 29/5/2019), but this dramatic phenomenon has been registered also in Africa, in Morocco (see Fides, 18/3/2019) and in America (Mexico, Brazil, Nicaragua).
The celebration of the day, which for the first time will take place on August 22, 2019, according to the UN, "will contribute to creating an inclusive platform for member States, international organizations and civil society to participate in activities designed to commemorate the victims and support the survivors". (CE) (Agenzia Fides, 6/6/2019)

AFRICA/SUDAN - "The peace agreement is good, but all the armed groups must join it" says the Archbishop of Khartoum