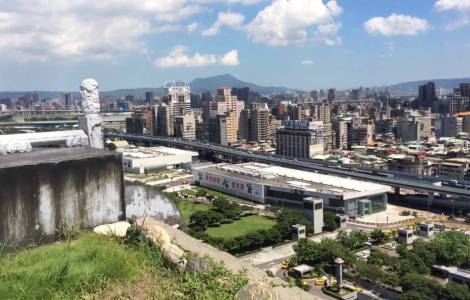 Taipei (Agenzia Fides) - "When I arrived in Taiwan in 1965, on November 2nd I went to visit some cemeteries. My desolation was to see all the deserted cemeteries! When I returned home, I asked my Chinese teacher to give me an explanation why the cemetries were empty and he told me that for the Chinese, the day dedicated to the dead is April 5th. And on April 5 of the following year I realized the great importance given to the cult of the ancestors and to the belief that they are still alive, seeing crowds of people in the cemetery, as happens in the West on the first and the second of November". This is what Fr. Giuseppe Didone, Camillian missionary (MI) in Taiwan writes to Agenzia Fides, recalling that this day is also observed by Christians, with the celebration of Mass in the Catholic cemetery. It is also an occasion for evangelization, as Christians show that they too believe in the continuation of the lives of their loved ones after their earthly death.
The "Qingming" festival, also called the "festival of pure brightness" or "day of the ancestors", is celebrated 104 days after the winter solstice, which in the Gregorian calendar generally falls on 4 or 5 April, this year the 5. It is a festival linked to the rhythms of agricultural work, and is observed as a public holiday.
"Unlike the Western tradition - recalls the missionary -, which sees the remembrance of the dead in the middle of winter, the Chinese is instead in spring, sometimes very close to Easter, with a rich symbolic meaning. With April, in fact, the warm weather arrives, temperatures rise and everything is renewed, even life. For the Chinese population the cult of the ancestors is very important, because they believe that the dead from the beyond look at us and protect us".
"The day of the dead in spring, one of the four most important festivals of Chinese culture, is
an opportunity to celebrate and remember their ancestors in the place where they were buried - explains Fr. Dido -. People of all ages meet in cemeteries, pray for their ancestors, dedicate themselves to cleaning graves. The day is spent entirely at the cemetery, where a table is also prepared with food, tea, wine and other food, leaving a place for the deceased relative, so that they symbolically, "eat" with them. The Chinese abroad see this festival as an opportunity to bring the family together, to celebrate and show respect for their dead". (GD/SL) (Agenzia Fides, 3/4/2019)