AMERICA/NICARAGUA - After the words of the Holy Father: dialogue is the only way forward, prayer will make this moment productive 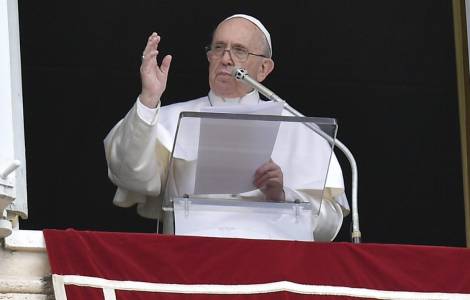 2020-06-01
"Living charity and a people-based economy", the voice of the Church on the feast of Pentecost

Managua (Agenzia Fides) - "Dialogue is not the space needed to crush the other, but where everyone can express their ideas, listen and choose the best option, for the good of the community that always seeks the common good", said Cardinal Leopoldo Brenes, Archbishop of Managua, interviewed by journalists after celebrating Sunday mass.
The Cardinal, invited to comment on the words of the Holy Father at the Angelus ("since February 27, important talks are underway in Nicaragua to resolve the serious socio-political crisis that the country faces. I accompany the initiative with prayer and encourage the parties to find a peaceful solution for the good of all as soon as possible") strongly reiterated some concepts. First of all dialogue is the only path. But this dialogue, added the Archbishop of Managua, must be sincere in order to achieve the common good. That is why he stressed the role of control that citizenship must have in order to prevent the dialogue from being distorted and therefore failing to give fruits of justice, freedom and peace for Nicaragua.
Also Bishop Baez, Auxiliary Bishop of Managua, wanted to emphasize the interest of the Holy Father, who according to Baez, has always followed the Nicaraguan crisis, and insisted on the strength of prayer: "Prayer will make this moment that seems difficult productive, which seems sterile". He therefore urged Nicaraguans not to lose hope simply because the expected results have not yet been achieved. "A Christian must learn historical patience and wait, but must neither anticipate the times imprudently" advises the Bishop in the declarations sent to Fides.
Mgr. Báez asked to have confidence in the special envoy of the General Secretariat of the OAS, Luis Ángel Rosadilla, and for the Apostolic Nuncio in Nicaragua, Waldemar Stanislaw Sommertag, who act as witnesses at the national dialogue table. The Bishop also recalled that dialogue must be transparent: "It cannot be a dialogue that hides the will of the most powerful that could be behind it. Everything must be done so that there are no hidden agreements behind people".
In conclusion, Mgr. Báez defined the maximum period of 90 days agreed by the Daniel Ortega regime with the Civic Alliance to free political prisoners (see Fides 21/03/2019) as "excessive": "I personally think it is an excessive period, it is too long".
The socio-political crisis in Nicaragua began on April 18, 2018, with protests against the reform of the pension system, which was followed by other violent street protests and harsh government repression. According to independent humanitarian organizations, there have been at least 325 deaths since April 2018. The OAS Inter-American Commission on Human Rights speaks instead of more than 500.
Although National Dialogue seems to restart with the presence of a representative of the OAS, there is still a lot of tension due to the large number of political prisoners, more than 600. (CE) (Agenzia Fides, 25/03/2019)