ASIA/THAILAND - New and elections: the nation in search of democracy 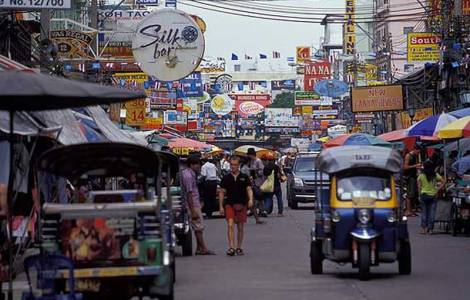 2019-11-22
A missionary: "The Pope invites the Thai faithful to move from the Gospel to life and from life to the Gospel"

Bangkok (Agenzia Fides) - On March 24, the first general elections in Thailand will be held after five years of military rule. As local sources of Agenzia Fides, "people are hoping for a peaceful vote that will bring Thailand towards democracy". Thailand experienced a period of tumultuousness and instability. With the 2014 coup, for the twelfth time in the nation's history, after the end of the absolute monarchy in the 1930s, the military overthrew the government.
"According to observers, and according to the polls, the situation is very balanced and no party will obtain the majority in the Chamber", says Jon Phummali, a Catholic lay leader to Fides. "As Christians and citizens, we pray and hope that the elections will be peaceful, free and fair. We aspire to restore full civil government".
However, political analysts have doubts that the elections are really free and fair: "The military is playing by their own rules", notes Thitinan Pongsudhirak, professor of political science at Chulalongkorn University in Bangkok. "The country is blocked by a military-authoritarian government and the leader of the junta, Prayut Chan-ocha, does not seem to want to step aside to give a real democratic future to the nation", he said. The new Constitution, drafted by the junta in 2016, gives it the power to appoint all 250 members of the Senate, which has a say in the appointment of the Prime Minister: in this way the junta tries to take control of the system to favor the continuation of the military domination.
The military took power in Thailand in the 2014 coup, after months of political scandals and unrest in the streets and promised to only temporarily maintain the power to restore social peace. However, after taking power, the military junta gathered in the "National Council for peace and order" extended its government season, with several postponements of the vote. Council members hope to return to power thanks to the vote and military leader Prayut Chan-ocha aspires to become Prime Minister. The leader of the party supported by the current military junta has expressed confidence that voters will appreciate its program that aims to cultivate agricultural technologies, promote sustainable tourism and encourage "startups", aiming at economic growth of 6 % per year. Opposition parties, such as "Pheu Thai" and the "Future Forward" party, a progressive party that has drawn up an agenda of constitutional reforms, strongly advocate and support a civilian government that drives the military out of power.
Among the candidates for the post of Prime Minister, the leader of the "Future Forward" party, Thanathorn Juangroongruangkit said: "I have been in 77 provinces in Thailand and all the voters I spoke with on my electoral path said they were tired of the military junta. "But we also know that the military will use all the weapons at their disposal to stay in power".
The country has long been politically divided: the "populists" who rely on rural and poorer sections of the population and their opponents who get votes from the urban middle class and the elites. After years of instability and waves of street demonstrations that paralyzed the nation, the military took power, introduced a new constitution and changed the rules of the electoral process in a way that facilitated their control of power. In fact, out of a total of 750 seats in Parliament, 500 members of the Lower House are elected, while the 250 seats in the Senate are not assigned by vote, but are appointed by the junta itself. The seats required to become Prime Minister and govern are 376.
Over 50 million voters, including about 6 million young people who vote for the first time, will go to the polls. (SD) (Agenzia Fides, 22/3/2019)

AFRICA/SUDAN - President of the Bishops' Conference applauds the Khartoum agreement

ASIA/INDIA - A priest: the government must put more effort into protecting human rights

ASIA/INDIA - The new law on citizenship to immigrants "is unconstitutional": appeal to "civil disobedience"

AFRICA/NIGER - Attack against soldiers on the border with Mali; according to a Bishop, the jihadists intend to occupy the Sahel region