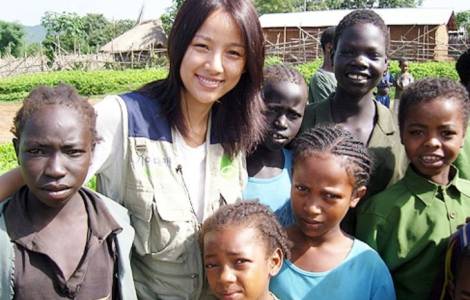 2021-04-16
Catholics who follow masses online due to the pandemic are increasing: Bishops want to a return to the churches after the end of the pandemic

Seoul (Agenzia Fides) - There are 26 Korean Catholic priests, men and women religious and lay people who, after completing a cycle of studies and missionary formation, received the solemn missionary mandate and are ready to make a mission ad gentes experience, "bringing in the depths of the heart the desire to proclaim the Word of Jesus and the love of God to every man": this is what Agenzia Fides learns from the organization "Catholic Korean Overseas Missionary Education", which refers the celebration held in recent days at the Missionary Center of Golombang in Seongbuk-gu (Seoul). The ceremony sanctioned the 25th missionary sending for the 26 pastoral workers, after four intense weeks of formation.
As reported to Fides by Kim Jong-geun, a member of the "Catholic Korean Overseas Missionary Education" and president of Seoul National University, the number of Korean Catholic faithful sent abroad as missionaries ad gentes, after a specific period of formation carried out every year starting from 1999, today has reached 750 units: 108 priests, 550 men and women religious and 89 lay people. Of the 26 new missionaries, 10 are sent to five Asian countries, two to Africa, two to South America, seven to North America. The remaining are waiting for a destination.
"I cannot wait to immerse myself in this experience", says Lee Seung-min, a Korean parish priest who will be sent starting from next April to a parish in Monterey, Mexico. "Not knowing, if not from books, the situation and the local culture, I will go there with an open mind and heart, and will meet and get to know the people. I will live every moment as a gift from God. Ready to witness and announce his love".
"We want to overcome the barriers of different cultures, languages, history and traditions: we bring to all the peoples of the world baby Jesus to share the love of God", remarks Sister Choi Jin-young, of the religious women of the Holy Family.
The education that the 26 have received touches different areas: missiology, churches and Korean missions, social issues, international issues, human rights history, Korean history, understanding of multicultural and multireligious societies, missionary spirituality. The course reaffirms and clarifies the aims, attitudes, practices and spirituality of the mission and also seeks to prepare the missionary work in its most practical aspects.
The auxiliary Bishop of Suwon, John Moon Hee Jong, present at the ceremony of the mandate, exhorted those present, faced with the imminent departure, to "always be humble missionaries and without prejudice, to take care of the local lay people, to cultivate the relationship with priests and religious of the local Churches in carrying out the pastoral service and evangelization". (SD) (Agenzia Fides, 22/2/2019)