AFRICA/MOROCCO - Faith lived in joy and openness, waiting for the Pope 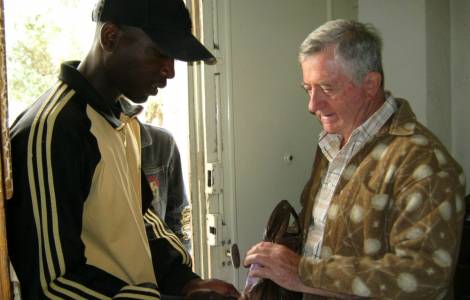 2019-03-29
The Archbishop of Rabat: the Church awaiting the Pope follows the steps of St. Francis and Charles de Foucauld

2019-03-29
"Moroccans will see the face of Christ in the faithful": Christians await Pope Francis

Fès (Agenzia Fides) - In a scenario characterized by poverty and emigration in the city of Fès "together with about 450 university students who are part of our Catholic community, we have been carrying out many initiatives that make our parish a dynamic place of faith lived in joy and openness": says Father Matteo Revelli, a priest of the Society for African Missions, parish priest of the church of St. François d'Assise in Fès, to Agenzia Fides. The Catholic community, awaits the imminent visit of Pope Francis to the country (30-31-March) with joy and works at a social level in the spirit of openness, charity, unconditional mercy.
"This year", continues the priest, "I worked hard to ensure that the students could open themselves to the numerous migrants in Fès. Until last July nearly a thousand of them were camping in makeshift tents, on abandoned land, right next to the city's railway station. Without water or light. All of a sudden they were forced to leave this place and settle in some popular neighborhoods of the city where they have a roof over their head, a little water and a minimum of electricity. They are all services that need to be paid, also because now they are no longer allowed to earn their lives asking for alms on the streets, only women with small children are allowed", emphasizes Fr. Matteo.
Fès during the winter period is a very cold city and the conditions of survival for those who live in precarious conditions are often difficult. "It is impossible to think of stable structures of Caritas, which require great resources and personnel" explains Fr. Revelli. "Some volunteers from Caritas in Rabat have been giving a contribution, especially with medical aid, offering support to those who cannot afford housing, some food and clothes", he continues. He stresses how the activity has expanded with the involvement of the local baptized: "Now, together with a group of volunteers, we provide a hot meal for 45 people a day and the possibility, for about twenty people, to take a hot bath in the local hammam once a week. The cook is a real 'mother' for migrants: she cooks and serves meals in makeshift places in the neighborhood. The dining room is the bedroom where she sleeps after all her 'children' leave. Every morning my helper distributes 45 meal vouchers to the neediest".
The service of assistance has some critical issues: "The situation is becoming explosive, because a part of the approximately 250 migrants in the neighborhood are crowded every night and fight for a meal. Also in the neighborhood, many Moroccan citizens are poor and desperately want a meal, too", the missionary adds. (MR/AP) (Agenzia Fides, 14/2/2019)