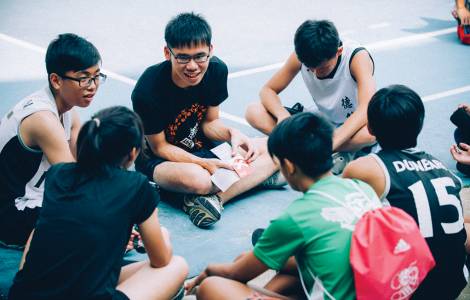 2020-02-15
Coronavirus: Masses and meetings suspended indefinitely in the Archdiocese of Singapore

2019-09-05
Protecting religious harmony: government and communities agree on changes to the law

2019-08-09
Archbishop William Goh's National Day message: "A new generation of leaders in society and in the Church is urgent"

2019-06-04
Podcast to announce the Gospel: an online Catholic radio is born

Singapore (Agenzia Fides) - Listening to young people, sharing their knowledge and difficulties, raising awareness and including them in programs and services provided by Caritas and other socially responsible partner organizations: this is the initiative launched by Caritas Singapore that, as Agenzia Fides learns, launched in recent days - in harmony with the month in which the Synod of Bishops dedicated to young people is held - a series of events, programs and initiatives on issues and problems concerning young people in the Singapore society.
The initiative dedicated to young people has been called "YouthReach" and aims to help the most vulnerable boys and girls, usually between 10 and 21 years of age, who face a number of problems such as self-harm, bullying, association with criminal gangs, child sex, conflict relationships and addictions.
One of the programs, called "Project Fireworks", aims to bring out the voice of young people in a safe space, such as theater and dance, helping them learn to understand themselves more. Young people showed their condition and their desires with artistic expressions. In a videoclip carried out by the "Boys Town" group, young people candidly express what they want in life. A theatrical performance showed a family scene in which a young man addressed harsh and offensive words to his parents in a fit of rage. Other young people also presented a contemporary dance that showed off their frustration and their struggles.
Alcoholism, drug consumption, games and compulsive use of mobile phone: these are just some of the addictions that affect young people today in Singapore. "These addictions are usually the result of anxiety and depression", says to Fides Yvonne Yuen, a psychotherapist from "We Care Community Services", a Center that deals with all forms of addiction. Yuen states: "Addiction is a disease, often of a chronic nature, that affects the functioning of the brain and the body". One of the most common symptoms of addiction is the loss of control and continued abuse of substances, despite the serious consequences. Those seeking medical help can turn to some specialized centers.
Caritas Singapore has launched these specific programs aimed at young people by inviting and involving parents, grandparents, teachers and consultants to share their impressions on young people, noting some signs of addiction such as changes in behavior, avoiding personal relationships, lying.
According to the latest government figures, the population of Singapore is 5.6 million, of whom there are about 383,000 Catholics (9% of the population). (SD) (Agenzia Fides, 05/10/2018)

ASIA/KAZAKHSTAN - New Caritas projects for the elderly and drug addicts