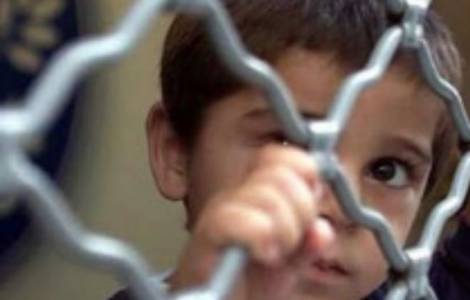 Jakarta (Agenzia Fides) - "In Asia children continue to be victims of increasingly unpleasant phenomena and situations that affect their dignity and their rights. For this reason we need to work together in synergy", says Protestant Archbishop Willem T. P Simmermata, moderator of the Christian Conference of Asia (CCA), to Agenzia Fides.
During a three-day conference on "Support to the dignity and rights of children: role of Churches in Asia" organized in recent days in Jakarta by the CCA, Simmermata said that "our churches and congregations must be welcoming places for children. Asian churches must cooperate with governments, national, regional and intergovernmental institutions and with civil society organizations to protect children's rights". The meeting was attended by 56 delegates representing churches, religious bodies, intergovernmental institutions, and civil society organizations in Asia.
The Secretary General of the CCA, Mathews George Chunakara, said that "despite technological progress in today's digitized and globalized world, millions of children around the world are mistreated and exploited, and Asia is no exception. In a digital age such as ours, millions of children do not have the possibility of having any privileges or access to basic necessities, while others become dependent on modern technology and at the same time are trapped by technological progress".
Chunakara also reported examples and statistics on how children in many parts of Asia become more and more victims of poverty, violence, ethnic conflicts, war, trafficking, forced labor and displacement, or are stateless, thus lacking any minimum state recognition.
In the presentation of the report on "Children in conflict situations", Budi Soehardi from the Orphanage in Rosalin, in Kupang (West Timor) stated that "it is urgent to promote the idea among the Asian communities that every child has the right not to suffer torture or other cruel treatment, inhuman or degrading punishment".
Yuyum Fhanhni Paryani, of the Asian Committee for the Protection of Children's Rights, said that "the United Nations Convention on the Rights of the Child in Asia aims to transform the lives of children. Civil society and religious organizations also have key roles to play in persuading Asian governments to implement binding obligations on States".
The CCA is an ecumenical organization that promotes union, brotherhood and solidarity among Christians of every denomination, and includes the Catholic Church in Asia. (SD) (Agenzia Fides, 21/9/2018)

ASIA/ARAB EMIRATES - Dialogue between East and West in music, to "connect souls"