ASIA/INDIA - A Jesuit: "In Karnataka, the nationalist forces have not triumphed" 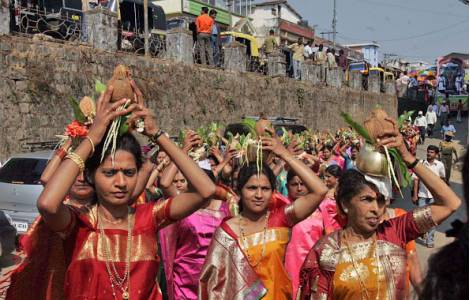 Bangalore (Agenzia Fides) - "The elections for the Karnataka State Assembly were a crucial moment in the history of the country. Outgoing Prime Minister of Karnataka Siddaramaiah, of the Congress Party, carried out a worthy job, but in the final race he had to deal with the Baratiya Janata Party (BJP), the Hindu nationalist party, which through money, manipulation and power, was very successful": says Indian Jesuit, Fr. Cedric Prakash to Agenzia Fides, commenting on the outcome of the election in the Indian state of Karnataka (65 million inhabitants with the capital Bangalore, a very important high-tech center), where the BJP conquered the relative majority.
The BJP obtained 104 of the 222 seats; the Congress Party 78 and the Janata Dal party 37; three others are independent candidates. The Congress, which also suffered a drastic decline in a state that governed, started negotiations and reached a political agreement to put together a coalition and prevent the BJP, Prime Minister Narendra Modi's party, from taking power in the state. "In this context, the BJP did everything to get the consent of members of the assembly and to form a majority", notes Fr. Cedric.
But next May 23rd H.D. Kumaraswamy, leader of Janata Dal, will take the oath as Prime Minister of Karnataka, with the support of Congress and JD. "The whole nation - notes Fr. Prakash - follows this political drama of Karnataka. The government supported by two political forces must work in cooperation and remain united, despite the differences; secondly, it should move away from the logic of corruption, communitarianism, and defense of caste, based on competence and transparency. In this political drama, power, money and ideological manipulations of the BJP have failed. Truth and justice triumphed. But, over the course of four years, since the BJP has been governing at a federal level, the idea and spirit of India is being destroyed". "The task of every citizen is to exercise his/her own responsibility and to watch over freedom, committing oneself wholeheartedly to the rights of all: this is the only path to follow for the India of the future", concludes the Jesuit (PA) (Agenzia Fides, 21/5/2018)

ASIA/BANGLADESH - A Protestant Bishop: it is urgent to set up an interfaith teaching program in schools to fight intolerance