EUROPE/ITALY - On March 24, the Day of missionary martyrs: from their blood, fullness of life 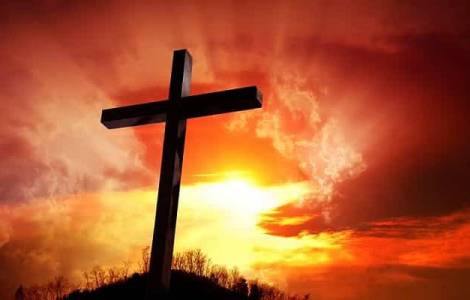 2021-09-18
Pope Francis to the Church of Rome: Mission is the work of the Holy Spirit, beware of the risks of a "do-it-yourself" Church

Rome (Agenzia Fides) - To remember with prayer, fasting and a concrete act of charity all the missionaries who were killed in the world, even those unknown to most, and who shed their blood for the Gospel. This is the reason that led in 1993 the Missionary Youth Movement of the Italian Pontifical Mission Societies to decide to celebrate every year a "Day of prayer and fasting in memory of the Missionary Martyrs". The date of March 24 was chosen because it was the day when Msgr. Oscar Arnulfo Romero, Archbishop of San Salvador was assassinated in 1980, beatified on May 23, 2015 and awaiting the date of canonization.
"The theme of martyrdom has returned, in recent times, to question Christian communities. It is a great positive sign - writes Giuseppe Florio, theologian and biblical scholar, in the material prepared by Missio Italia for this day -. 'The harvest' of which the Gospels speak can be many or few, but when martyrs appear on the horizon, then the prophetic message of the Gospel is before everyone's eyes. Ezekiel’s invitation (3.17) is addressed to a people who do not look at the warning signs of a drama that will soon take place: the destruction of Jerusalem by the hand of the king of Babylon in 587 BC. For this reason he writes and proclaims that it is better to pay attention to the sentinels. Also for us, the martyr's event is a gift or a message that indicates the direction of travel".
This year’s theme: "Called to life". "To true life of course - explains Fr. Michele Autuoro, director of Missio Italy -, the life of Grace according to the Holy Spirit, the life of those who in baptism immerse themselves in the death of Christ to resurrect with him as "new creature". With baptism, in fact, we are incorporated into Christ and his Church, we always belong to Him and with Him we participate in the divine Trinitarian life, as the Catechism of the Catholic Church teaches ... It is the life to which not only martyrs are called, in their supreme testimony of the greatest love, that of giving one's own life for those who love each other, but also each and every one of us in the daily testimony of a faith lived in charity and friendship towards those who are deprived, anywhere in the world, of the fullness of life".
The initiative to remember the missionaries who were killed is now widespread in many nations, even on different dates and circumstances: there are many dioceses and religious institutes that dedicate special initiatives to remember their missionaries and all those who shed blood for the Gospel.
Pope Francis often reminds us that "martyrs are those who support the Church, who have supported it and support it today. And today there are more [martyrs] than in the first centuries, the media doesn’t say so because it isn’t news, but many Christians in the world today are blessed because they are persecuted, insulted, imprisoned" (homily at Santa Marta, 30 January 2017). Since its origins the Church has not failed to keep the memory alive and to point out to the world, after a careful examination, the heroic witness of so many Christians, in a martyrology that is constantly updated, just as the profession of faith of the many followers of Christ is constantly renewed.
Among the most recent figures of missionaries recognized as "martyrs" by the Church, we recall the two Polish Franciscan conventual missionaries Fr. Michal Tomaszek and Fr. Zbigniew Strzalkowski, who together with Italian diocesan priest Don Alessandro Dordi were killed in Peru in August 1991 and were beatified on 5 December 2015 in Chimbote. For the beatification the logo "Martyrs of faith and charity, witnesses of hope" was chosen. On 11 December 2016, the missionary of the Oblates of Mary Immaculate (OMI), Father Mario Borzaga and laotian lay catechist Paolo Thoj Xyooj, together with 15 other martyrs (1 Lao priest, Joseph Tien, 5 Laotian laity, 5 French OMI missionaries and 4 French MEP missionaries) were beatified in Vientiane, Laos. On May 24, 2014, the missionary of PIME (Pontifical Institute for Foreign Missions), Father Mario Vergara and the catechist Isidore Ngei Ko Lat were beatified, who died martyrs in Burma in May 1950. "May their heroic fidelity to Christ be an encouragement and an example to missionaries and especially to catechists who in missionary lands carry out a precious and irreplaceable apostolic work, for which the entire Church is grateful" (Pope Francis, 21 May 2014). (SL) (Agenzia Fides, 23/3/2018)