ASIA/PAKISTAN - "National Day of Pakistan": Muslims and Christians together for peace 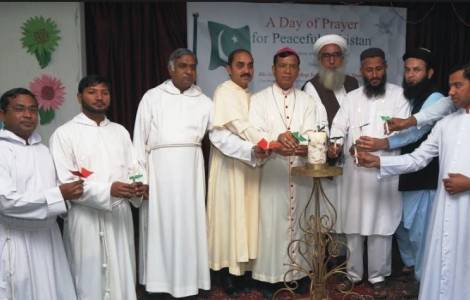 Lahore (Agenzia Fides) - Muslims and Christians together for peace, praying for a future made of harmony, reconciliation, prosperity, common well-being: this is how today, March 23, the "Pakistan Day", a national holiday is celebrated in which the entire nation recalls the "Lahore Resolution", passed on March 23, 1940, which sanctioned the future birth of a new nation for the Muslims of India, Pakistan; and also the first Constitution of Pakistan, approved on March 23, 1956, is also commemorated.
As Agenzia Fides learns, the National Commission for Inter-religious Dialogue and Ecumenism, in the Catholic Episcopal Conference of Pakistan, led by Fr. Francis Nadeem OFM Cap, organized a reflection and prayer meeting in Lahore attended by many Muslim and Christian leaders. During the celebration of prayer, presided over by the Archbishop of Lahore, Sebastian Francis Shaw, everyone prayed and committed themselves to promoting inter-religious harmony, peace and progress of the nation. The religious leaders expressed the hope that the armed forces will prevail over the wave of terrorism that causes bloodshed in the country and paid tribute to all those who, in institutions, endeavor and dedicate themselves or oppose extremism, in order to give the population a peaceful life and free from violence. As Fides learns, those present also expressed special prayers for the protection of minorities in the country. "It is urgent to become promoters of peace and harmony not only within our families but also in our neighborhoods, in our cities, so that the dignity of all is respected and peace and goodness prevail in our society. We must be vigilant and remain united against those who wish to separate us", Archbishop Shaw remarked. At the end of the meeting all the participants recited the prayer "God make me an instrument of your peace", attributed to St. Francis of Assisi holding candles in their hands, to symbolize the common effort of reconciliation and unity.
The day before, Fr. Nadeem, held a meeting with Christian and Muslim children in Lahore to commemorate Pakistan's National Day. The children brought flags and posters made by them, praising peace and national harmony. Fr. Francis Nadeem encouraged the children to "be operators of peace not only within their families but also in schools and on the streets, so that peace prevails in society". (PA) (Agenzia Fides, 23/3/2018) 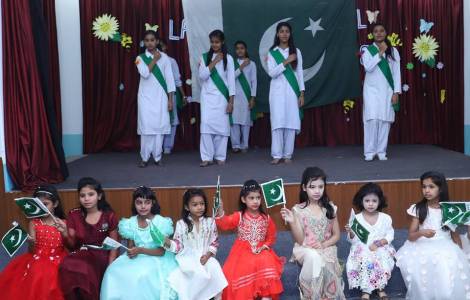 AMERICA/CANADA - Father Ouellet: "Let us learn from the Pope how to continue our mission of truth, forgiveness and reconciliation"