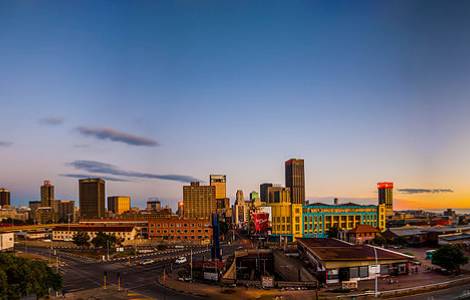 2020-04-22
Lockdown for Covid-19, the Scalabrinians: "Poor and immigrants without livelihood"

Johannesburg (Agenzia Fides) - "We are at a moment in the history of our nation when the people, through their determination, have started to turn the country around", said the newly elected President of South Africa Cyril Ramaphosa in his State of the Nation Address in Parliament.
Firstly, not since 1994 has a President found it necessary to talk of ‘turning the country around’. Previous speeches assured us that we were moving in the right direction, though possibly not fast enough and not without encountering obstacles and opposition. To speak of ‘turning around’ is to concede quite explicitly that we were in fact heading for the rocks", says the Parliamentary Office of the Southern African Catholic Bishops’ Conference, SACBC.
The appointment of Cyril Ramaphosa in place of the resigning Jacob Zuma is arousing strong hope in South Africa, after the previous presidency was marked by scandals, nepotism, corruption and a serious economic crisis. According to the Parliamentary Office of the SACBC, it is important that Ramaphosa recognized that it is the people, through their determination’ that started the turnaround not the alliance; not the government. "It is the resilience of our people, expressed in myriad ways, from street protest to radio talk-shows, from investigative journalism to court applications, from withholding their votes to changing their loyalties", it says.
"We are particularly happy with the emphasis on Unity, Ethical Leadership, and the total equality of all citizens" the Bishops say in a statement signed by His Exc. Mgr. William Slattery, Archbishop of Pretoria and spokesman of the SACBC, who notes that "the intention to reduce poverty and youth unemployment, improve education access for the children of the poor, deconcentrated effort on greater employment will certainly bring hope to all South Africans".
"The setting out of a generous and enlightened national plan is only the first step", warns Mgr. Slattery. "We now all look to implementation. But at least, we now have a benchmark against which we can make assessment of our national progress. The first step in realizing our hopes will become visible in the appointment of cabinet ministers and in the budget speech of next Friday. Let us hope that free tertiary education for first year can be financed while leaving money for the other necessary investments".
"We welcome the State of the Nation Address. Yet so much depends on stable family units which are the basis of all society. If we are not trustworthy within our families can we be trusted anywhere else?", concludes the Archbishop of Pretoria. (L.M.) (Agenzia Fides, 21/2/2018)

AMERICA/ECUADOR - Bishops: the health crisis has highlighted the problems that the State has never faced and solved

AFRICA/IVORY COAST - Covid-19: the Bishops invite the faithful to return to mass on Sunday 17 May, after two months of confinement