ASIA/KAZAKHSTAN - Reception and dignity for street children and orphans: the commitment of the Church 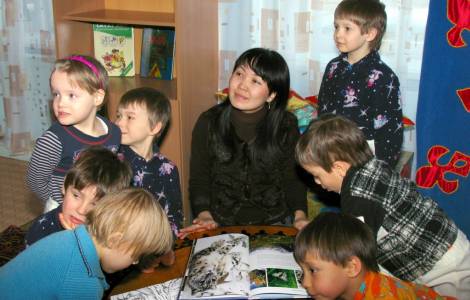 Kapchagay (Agenzia Fides) - "In the early 1990s, after the dissolution of the Soviet Union, the population of Kazakhstan remained without social and welfare guarantees. Many children ended up on the street or in the orphanage, while some could not afford to attend school. In the face of this situation, we asked our Lady the grace to embrace, in her name, these helpless creatures. Thus, thanks to the commitment of many, the 'Focolare' reception homes were born in October 2000 in Kapchagay, where children are cared for": this is what Fr. Artur Zaras, a Polish priest on mission for four years in the Blessed Virgin Mary parish Church of the Eucharist of Kapchagay, Kazakhstan says to Agenzia Fides, on the occasion of the International Day for the rights of childhood and adolescence (proclaimed by the UN for November 20).
"We welcome sixty-six children from different ages, nationalities and religions, in 6 homes. Almost all come from families destroyed by alcoholism, with seriously ill or unemployed parents. Others grew up in the steppe without any education. We take care of them, bring them to school, buy clothes and games. Every week they undergo pediatric visits", he says.
In carrying out this service, Fr. Artur can count on the help of three Polish Sisters of the Immaculate Conception, Sr. Vera, Sr. Samuela and Sr. Rita. "Besides, once a week there is a Franciscan Sr. Emilia, and a volunteer called Eve, both from Almaty, who prepare the children for the sacraments. There is also an Orthodox couple who takes care of the religious education of the children of that community", the missionary explains, adding that, "besides childhood and adolescence, he also takes care of women who have infants and old people in need, to whom they provide medicines, which are often too expensive".
Kapchagay is in the south of Kazakhstan, in Almaty region, located on the Ili River. The population of 50,000 people is 50% of Asian ethnicities (mostly Kazakhstan), while the remaining part is of European origin (Russians, Ukrainians, Polish, Germans, Baltics). Catholics live in close contact with the faithful of other religious communities, especially Russian Orthodoxs and Protestant Koreans, but also Muslims: "We often meet and sit at the same table with the aim of helping people to live according to the values of brotherhood, to build peace", concludes Fr. Artur. (LF) (Agenzia Fides, 22/11/2017)

ASIA/JORDAN - King Abdallah II donates a minibus to the home for orphans in Anjara, promoted by the religious family of the Incarnate Word

AFRICA/CONGO - The Franciscans: a mission of proximity with street children

AMERICA/CHILE - "For a fair and worthy Chile": meeting on the challenges of evangelization in the current situation

ASIA/LEBANON - Food banks in parishes, free medical services: the resilience of the Lebanese in the face of the crisis